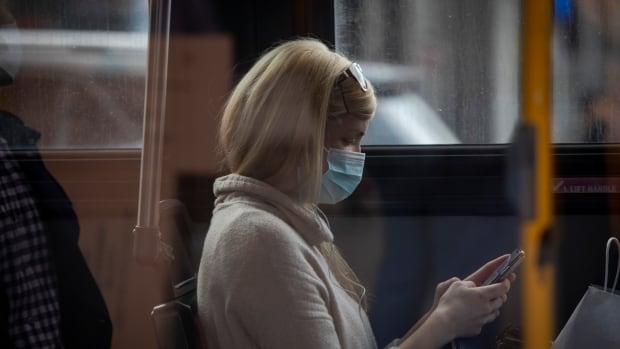 Ontario reported 821 new cases of COVID-19 on Tuesday, the second-most on a single day since a resurgence of the illness began in the province in mid-August.

Toronto once again saw the most with 327, while 136 were recorded Peel Region and 79 in Ottawa.

The new case count is the highest number the province has seen in the second wave, since 939 cases were reported on Oct. 9. The seven-day average of new daily cases, which had been slowly dropping over the last several days, ticked back up with today’s update and is now about 743.

Notably, just over 24,000 tests were completed yesterday — the lowest number of tests Ontario has processed on  a single day since Sept. 9. The province previously said it aimed to be processing 50,000 tests per day by mid-October, and as many as 68,000 daily by mid-November.

Meanwhile, Ontario is extending most of its emergency orders until Nov. 21 as the province faces a resurgence of COVID-19.

In a news release Tuesday, the provincial government announced the extension will be in place for 30 days with exceptions for orders around pandemic pricing on electricity and electronic access to personal health records.

“With the cold and flu season upon us and the continuing high number of COVID-19 cases in certain parts of the province, it’s critical we continue to take the necessary steps to protect the health and safety of Ontarians,” said Solicitor General Sylvia Jones.

The province has also updated its pandemic rules to allow dance classes to resume in Ontario’s four hot spot areas.

Ford was also asked about the relatively low levels of testing in the last 24 hours. He replied by saying that the province’s labs have now cleared through a backlog of tests that once ballooned to more than 90,000 and that there is capacity for as many as 50,000 daily, but that people can’t be forced to be tested.

The number of confirmed, active infections of the novel coronavirus in Ontario is 6,237, an all-time high.

Also Tuesday, NDP Leader Andrea Horwath said she would introduce a motion to remove for-profit companies from the long-term care system and replace them with an “all non-profit and public system.”

“We need to take action to protect seniors and fix the long-term care system for good, and we have to do it now,” Horwath said in a tweet.

A vote on the motion is expected this afternoon.

Meanwhile, some of Ontario’s long-term care homes are having trouble securing liability insurance for COVID-19, a situation that could force some of them to close, says a group representing more than 70 per cent of the province’s homes.

The Ontario Long-Term Care Association says its homes are being offered new policies without a key provision: coverage for infectious diseases, including COVID-19.

The association has now turned to the federal government for help, saying potential claims could place a burden on the homes’ finances, and that loans could be denied over the lack of coverage.

Now, insurance companies are including a “contagious disease exclusion endorsement” in policies for the homes, she said.

Her association has pleaded its case to the federal government in a letter sent late last week, asking Ottawa to provide a “backstop” and essentially insure the insurance companies.

Toronto’s Centre for Addiction and Mental Health (CAMH) is reporting three more patients have tested positive for COVID-19 on a unit at its Queen Street site.

It follows confirmation Sunday of an outbreak at the unit, when it said two people had COVID-19.

Two other Toronto hospitals also confirmed outbreaks over the weekend.

The centre says it has implemented standard infection prevention and control procedures for respiratory outbreaks, including closing the unit to admissions and transfers.

Ontario changes the rules so dance classes are now allowed again in the COVID hotspots. But Zumba classes (dance style exercise class) are still not allowed. <a href=”https://t.co/WrOdjZp6gV”>pic.twitter.com/WrOdjZp6gV</a>