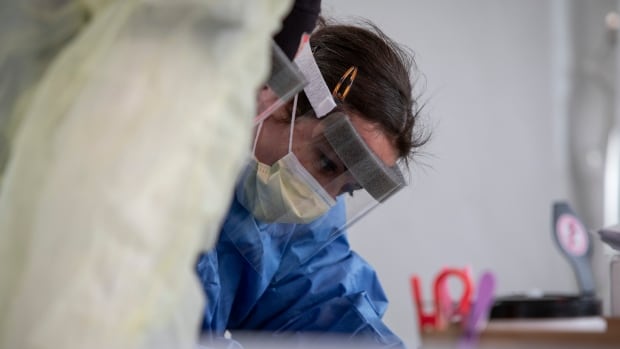 Ontario reported 347 additional cases of COVID-19 on Wednesday, the first day with fewer than 400 new cases since April 7.

While today’s figures represent a considerably lower daily growth rate than what the province has typically seen throughout April, public health officials have cautioned against inferring trends from any single data point.

Dr. David Williams, Ontario’s chief medical officer of health, said earlier this week that the province would need to see two to four weeks of declining daily growth, as well as hospitalization rates, before emergency measures could be loosened.

The number of hospitalized COVID-19 patients increased by 20 in the last day, to 977 from 957. However, the number of people being treated in intensive care units dropped again, to 235 from 239. Patients on ventilators, a figure that has largely remained stable for several weeks, reduced by one, to 186 from 187.

The new instances of COVID-19 reported today put the cumulative provincial tally since the outbreak began in late January at 15,728. For the first time, more than 60 per cent of total cases are considered resolved.

The province says it processed 11,554 tests since its last update. The backlog of tests sits at 9,530. Public health officials previously said they hoped to be doing 14,000 tests per day by today, but whether or not that goal is achieved will be reflected in tomorrow’s data.

Outbreaks of the novel coronavirus are being tracked in 181 of Ontario’s 626 long-term care homes, according to the Ministry of Health. Some 775 residents have died from the illness — nearly three quarters of all deaths in Ontario — while 2,352 more have been infected. The ministry also reported 1,108 staff members in long-term care facilities have tested positive.