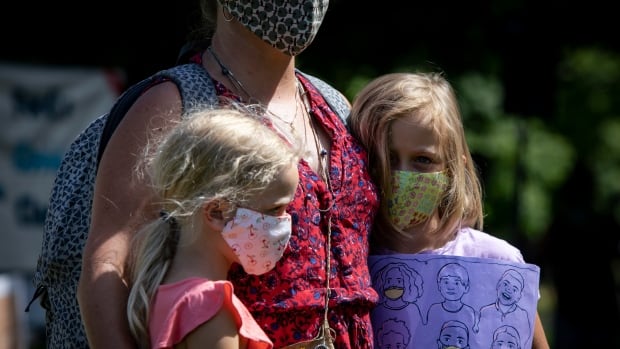 Ontario has revealed its plan to manage potential COVID-19 outbreaks in schools, which describes scenarios in which select students will be sent home and entire schools shut down as a result of positive cases.

The strategy calls for all members of a class cohort to be sent home to self-isolate in the result of a single positive case among the group.

An entire school may also be shut down if the local public health unit finds evidence of “potential widespread transmission,” such as a number of positive cases with no known source outside the school. That determination will be at the discretion of local authorities, and not dependent on a particular case count or statistical threshold.

The guide calls for students in cohorts that have been dismissed from school to be tested “as soon as possible,” though there is no requirement for mandatory COVID-19 testing.

Information about confirmed cases at schools will also be made available to parents and the public online, though details will be limited in order to protect the identities of COVID-19 patients.

Further details about the strategy are being discussed by Premier Doug Ford during a 1 p.m. news conference, which you can watch live in this story.

The new provincial guide is designed to act as a resource for local public health units, which are ultimately responsible for investigating cases and making recommendations to school boards.

Province dips back below 100 daily cases

Ontario reported an additional 88 cases of COVID-19 on Wednesday, a slight decrease in new cases after five consecutive days in triple digits.

As has been the predominant trends in recent days, the majority of newly confirmed infections of the novel coronavirus are concentrated in three public health units, namely Toronto, Peel and Ottawa. The regions reported 23, 22 and 16 additional cases, respectively, in today’s provincial update.

The rest are spread out in the southern reaches of the province.

Twenty-nine of Ontario’s 34 public health units reported five or fewer cases, while 20 of those 29 saw no new infections at all.

Ontario has now seen a total of 41,695 confirmed cases of the virus since the outbreak began in late January. Of those, around 90.8 per cent are considered resolved. Another 115 were marked resolved yesterday.

There are currently about 1,030 confirmed, active cases provincewide.

Ontario’s official COVID-19 death toll grew by two, and now sits at 2,802. A CBC News count based on data from public health units, a measure that avoids lag times in the provincial reporting system, puts the real toll at 2,836.