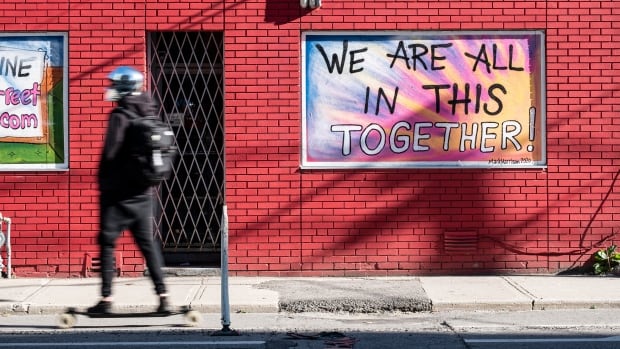 Ontario reported an additional 88 cases of COVID-19 on Wednesday, a slight decrease in new cases after five consecutive days in triple digits.

As has been the predominant trends in recent days, the majority of newly confirmed infections of the novel coronavirus are concentrated in three public health units, namely Toronto, Peel and Ottawa. The regions reported 23, 22 and 16 additional cases, respectively, in today’s provincial update.

The rest are spread out in the southern reaches of the province.

Twenty-nine of Ontario’s 34 public health units reported five or fewer cases, while 20 of those 29 saw no new infections at all.

Ontario has now seen a total of 41,695 confirmed cases of the virus since the outbreak began in late January. Of those, around 90.8 per cent are considered resolved. Another 115 were marked resolved yesterday.

There are currently about 1,030 confirmed, active cases provincewide.

Ontario’s official COVID-19 death toll grew by two, and now sits at 2,802. A CBC News count based on data from public health units, a measure that avoids lag times in the provincial reporting system, puts the real toll at 2,836.

Premier Doug Ford is scheduled to hold his daily COVID-19 briefing beginning at 1 p.m. at Queen’s Park. Ford’s office says he will be joined by Education Minister Stephen Lecce, as well as Dr. Dirk Huyer, chief coroner of Ontario, and Dr. David Williams, the province’s chief medical officer of health.