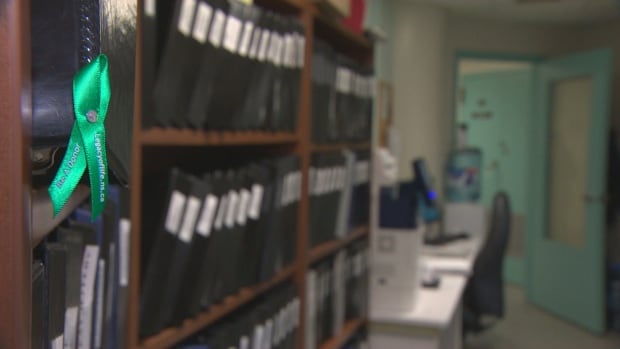 More than 200 people died in Canada last year while waiting for an organ transplant, according to a new report, despite improvements in organ donation practices.

In 2018, a total of 2,782 organ transplant procedures were performed, the Canadian Institute for Health Information (CIHI) reported on Thursday, an increase of 33 per cent since 2009.

“It’s easy to take it as a number,” Juliana Wu, manager of the Canadian Organ Replacement Register at CIHI, said of the transplant data. “But when you come into contact with these families, you really recognize that this [organ donation] … is a chance at life.”

Transplant procedures increased over the last 10 years but wait lists are also growing. More than 4,000 Canadians are still waiting for an organ.

As transplant technology improves and Canada’s population ages, more people are opting for organ transplants, the report said, and this increased demand is leading to longer waiting times for patients in need.

“If we look at kidney, which is where the demand is highest, I would say the growth in the number of patients who are newly diagnosed with end-stage kidney disease across Canada is the driving reason,” Wu said of the growing wait lists.

People who are diagnosed with kidney failure either need dialysis or transplantation.

In turn, the main cause for end-stage kidney disease is Type 2 diabetes, which is increasing as the general population ages, Wu said.

Out of almost 3,000 transplant procedures that were done last year, 1,700 were for kidneys. Livers were also a top organ transplanted at 533.

The number of people who volunteered to donate their organs after they die – known as deceased donors – increased by 56 per cent between 2009 and 2018.

The latest increase in deceased donor rates has been attributed in part to the “Logan Boulet effect,” named after one of the Humboldt Broncos hockey players who died in the team’s bus tragedy in April 2018.  He was also an organ donor who saved six lives.

“The public awareness, the public interest in that story was really helpful in making this a national conversation,” Wu said.

In Ontario, the Trillium Gift of Life Network, the province’s organ and tissue donation agency, has also pointed to an increase in families consenting to donation and more donors who had a medically-assisted death.

Wu said the next step after increasing awareness is for people to make their intentions clear to family members who are asked to consent at a time of high emotions.

In 2006, Canada adopted a policy of deceased donation after cardiac death for patients who don’t necessarily meet the criteria for brain death but their heart has stopped working and there’s no chance of survival.

Dr. Jagbir Gill, a transplant nephrologist and associate professor of medicine at the University of British Columbia, said in a release that donation after cardiac death varies because of the complex nature of determining organ suitability for transplantation.

CIHI also said the number of donors after brain death increased by 21 per cent from 2009 to 2019.

In total, there were 762 deceased donors last year.

In 2018, 555 living donors donated a kidney or lobe of a liver, including through Canadian Blood Services’ paired kidney donation program.

For most organ transplants, patient survival is greater than 80 per cent after five years, CIHI said.

While a living donor provides a single organ for transplant, a deceased donor can provide up to eight organs.