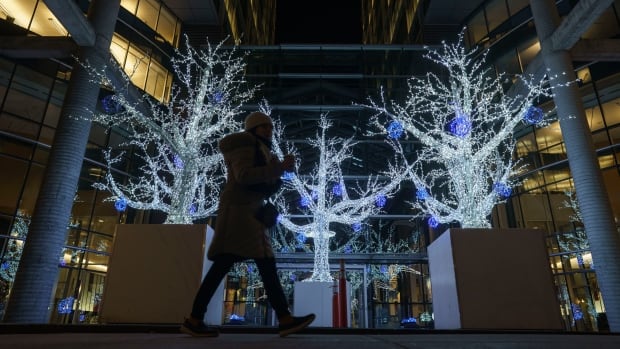 Passover, Rosh Hashanah, Diwali, Ramadan — some of the most celebrated holidays for cultural communities in Quebec have been observed in alternative ways this year in order to follow public health guidelines.

So, as cases hit what Premier François Legault himself called a “high plateau” in the second wave of the pandemic, some are asking why, in a secular state, make the exception for Christmas?

Legault and Quebec public health officials announced Thursday evening they would be allowing Quebecers to gather in groups of up to 10 over four days during the Christmas period, from Dec. 24 through to Dec. 27.

They asked that those doing so voluntarily isolate for seven days prior and seven days afterward before heading back to work and school.

“What we’ve learned in the Jewish community over these months is, ‘Listen, it’s not the same but it’s possible to connect with one another while keeping each other safe. It’s possible to kind of hold on to the heart and soul of a holiday even if you observe it in a totally different way,'” said Rabbi Lisa Grushcow of Temple Emanu-El-Beth Sholom.

Grushcow points out that many are noticing how the Jewish festival of lights, Hanukkah, wasn’t taken into account in the government’s exception to public health guidelines.

But she also says Jewish communities have already had to celebrate some of their most important holidays virtually.

She says her biggest concern is what this could mean for cases in Quebec, as vaccines may be around the corner and health experts have been pleading for people not to gather.

“This is the home stretch.… There seem to be no health indicators, no scientific or medical indicators, that say that this is a good idea,” Grushcow said.

When asked why the government chose the Dec.24 to Dec. 27 dates, Legault said he and health experts figured it would please the majority.

“I know some people they prefer to celebrate the New Year than celebrating Christmas, but we said that we think, in Quebec, most of the people would be happy with those four days,” the premier explained.

“I think equity and common sense would demand a similar indulgence of observances over Hanukkah, which is coming up in the middle of December. Or if, God forbid, the pandemic continues to the spring holidays, that similar licence would be given,” Poupko said.

For her part, Grushcow, said one other thing about Thursday’s decision irked her. The provincial government has been defending itself against a constitutional challenge to its secularism law, known as Bill 21, in Quebec Superior Court.

“I just don’t know how the government is holding this line, saying, ‘We are a province that values secularism above all else,’ and is then reorganizing and negatively impacting the school year so people can observe Christmas,” Grushcow said.

“But God forbid you be a teacher with a hijab or a kippa.”