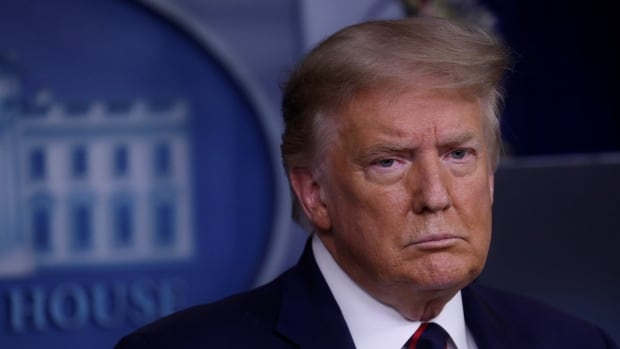 The coronavirus pandemic in the United States will probably “get worse before it gets better,” U.S. President Donald Trump warned on Tuesday.

He also said health experts “know who the vulnerable are,” adding the median age of those who succumb to the respiratory illness is 78 with roughly half of all deaths from COVID-19 being individuals in long-term care homes. He promised they will be protected, while the U.S. continues to build a “very powerful strategy” to fight the virus.

Trump said there has been progress with developing therapeutic treatments and that two potential vaccines for COVID-19 are entering the final stage of clinical trials, while “nobody thought that would be possible.”

He said the country has learned much about the disease, and “my administration will stop at nothing to save lives and shield the vulnerable, which is so important.”

Trump recommended Americans use basic preventative measures, such as maintaining a physical distance from others, and when that’s not possible, wearing a mask.

He said he carries a mask with him and uses it in certain circumstances, such as being in an elevator with security staff.

“I have no problem with the masks. Anything that can potentially help is a good thing,” said Trump, who had previously declined to wear a face covering and has sent mixed signals about them.

Trump had pulled the plug on his freewheeling daily coronavirus briefings when they turned into a political liability this spring, but he resumed the task on Tuesday, looking to halt a campaign-season erosion of support as new cases spike across the country.

The White House briefing rolled out as the next stage of Washington’s response to the pandemic was being crafted on Capitol Hill. Lawmakers and White House officials were opening negotiations on a trillion-dollar-or-more “phase four” rescue package.

Although Trump announced on Monday that he would resume his regular coronavirus briefings, he did not share the stage on Tuesday with members of his coronavirus task force, including top public health experts, doctors Anthony Fauci and Deborah Birx.

When a reporter asked “where is Dr. Fauci?” Trump responded by saying “Well, Dr. Birx is right outside.”

During a visit to South Carolina on Tuesday, head of the coronavirus task force Vice-President Mike Pence said members have been travelling the country to discuss the pandemic, adding he would visit Florida “in a few short days.

“We think it’s important that our team is on the ground, that we’re working closely with governors and with health officials,” Pence said. “But we’ll continue to brief the country going forward.”

The number of coronavirus cases in the U.S. has more than tripled to over 3.8 million, and deaths have topped 141,000 people.