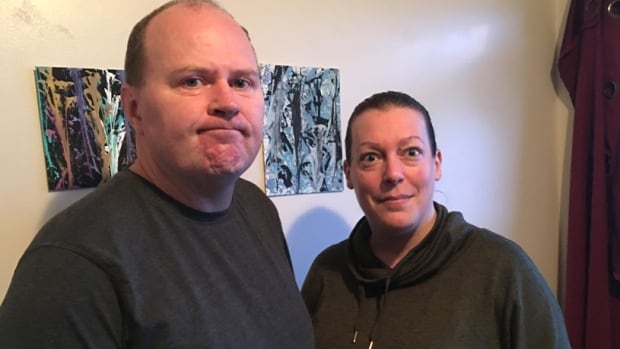 “I am very angry,” said Misneach. “Caring for someone with Huntington’s disease is enough. Trying to ascertain what’s important to tell a new neurologist is a lot of pressure, this doesn’t make it any easier.”

Last month Misneach, who is co-ordinating care for her close friend Smyth, spoke to CBC News about her exhaustive efforts to get Hyson to release Smyth’s records.

Huntington’s is a devastating brain disorder that progressively breaks down nerve cells. Typically, patients progressively lose mobility and cognitive skills. The disease can cause depression and dementia and patients who contract the disease as adults typically live about 15 to 20 years after the first symptoms are detected.

Dr. Hyson had been treating Smyth for less than a year when his medical licence was taken away by the College of Physicians and Surgeons of Ontario (CPSO) in January 2019 after he was found guilty of trying to buy sexual services from a 16-year-old girl.

Since then, Misneach has been trying to contact Hyson to get Smyth’s medical records released. She’s concerned that new care providers will have to start from “square one” without them.

CBC News spoke to Hyson last month. He said he would try to get the records released by the end of December. He cited a recent move away from London and health challenges of his own as reasons why he hadn’t been able to provide the records.

CBC News called Hyson on Thursday but messages left at a phone number he provided were not returned.

On Friday, Misneach is taking Smyth to an appointment with a new neurologist and says she still hasn’t heard back from Hyson despite the following efforts to reach him:

Misneach said she believes there are others who’ve been unable to reach Hyson.

“For all the other people who haven’t gotten their records, I really feel for them.”

A spokesperson for CPSO said in December said they can’t compel Hyson to release the records and that removing his licence was their strongest disciplinary action they could take.

A spokesperson with the privacy commissioner also told CBC News last month that their efforts to reach Hyson have been unsuccessful.