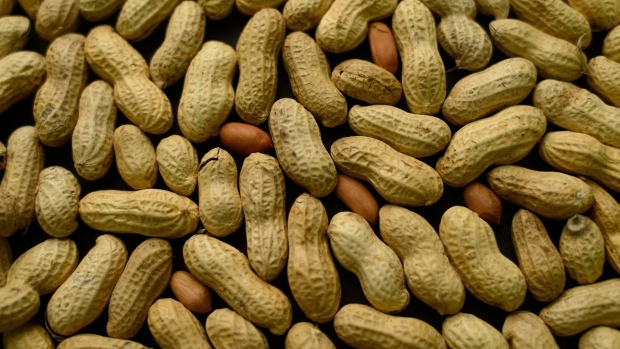 TORONTO — The first peanut allergy treatment for children has been approved by the U.S. Food and Drug Administration, filling what advocates called “a long-standing need.”

The treatment is “Peanut (Arachis hypogaea) Allergen Powder-dnfp” — or Palforzia for short — and is aimed at minimizing the risk of allergic reactions as a result of accidental exposure to the food.

The company that makes the drug has not announced any plans yet to seek approval for the treatment in Canada.

“Peanut allergy affects approximately 1 million children in the U.S. and only 1 out of 5 of these children will outgrow their allergy. Because there is no cure, allergic individuals must strictly avoid exposure to prevent severe and potentially life-threatening reactions,” said Peter Marks, director of the FDA’s Center for Biologics Evaluation and Research, in a press release. “Even with strict avoidance, inadvertent exposures can and do occur.”

Palforzia comes in the form of a powder, which is packaged into colour-coded capsules. To take a dose, a capsule must be pulled apart so the powder can be mixed and eaten with a semi-solid food, such as apple sauce, yogurt or pudding.

It can now be initiated as a treatment for anyone in the U.S. between the ages of four and 17 who has a confirmed peanut allergy, according to the FDA, and can be continued as a treatment in anyone over four years old.

“This is a defining moment for the peanut allergy community,” Jayson Dallas, president and CEO of the company, said in a press release.

Those who take the treatment won’t suddenly be able to gobble down peanut butter sandwiches though. The FDA press release stressed that individuals who take Palforzia still need to avoid peanuts in their diet.

If a child taking the treatment does have an allergic reaction, Palforzia is intended to reduce the severity of it, which could mean the difference between life and death for some kids.

Peanut allergies can vary in intensity. Although some may merely experience skin irritation when they come into contact with food containing peanuts, others can go into anaphylactic shock from ingesting even the smallest amounts. If a person having a severe allergic reaction doesn’t get treatment in time, it can prove fatal.

The FDA said that in a test of approximately 500 allergic individuals assessing the effectiveness of the treatment, almost 70 per cent of those taking Palforzia could tolerate a 600mg dose of peanut protein with no more than mild allergic symptoms, as opposed to only four per cent of a control group given placebos instead (fake medicine).

More than 1,200 patients and families in total participated in trials to assess the safety of the drug, Aimmune said in a press release.

The treatment is an example of oral immunotherapy — which means that the powder itself is made from peanuts.

The concept behind oral immunotherapy is to introduce increasing amounts of an allergen to an individual in the hopes of decreasing their sensitivity to the allergen in everyday life.

The smallest dose of Palforzia contains only 0.5mg of the allergen — the equivalent of one 600th of a peanut.

But the treatment does not come without risks. Over 9 per cent of the patients in the safety trial experienced severe allergic reactions, with 11 per cent dropping out of the study due to side effects.

Because of the complexity of introducing an allergen to an allergic individual, even as a treatment, the FDA says that Palforzia will only be available through specially certified health-care providers who are enrolled in the Risk Evaluation and Mitigation Strategy program. Patients will receive their initial dose and any significant increases in dosage in a health-care setting in order to monitor for negative reactions. Up-dosing takes place over several months.

The announcement has been met with excitement from advocates.

FARE raises money to support research into food allergy treatments, and was one of the organizations that called for an FDA-approved oral immunotherapy back in 2011, Gable added.

“We, as a community, have long awaited an option beyond avoiding peanuts alone,” she said. “We are thrilled with today’s FDA approval of PALFORZIA as it fills a long-standing need in the treatment of peanut allergy.”

According to a spokesperson for Aimmune Therapeutics, the company is currently focused on its U.S. launch of Palforzia, and on attempting to potentially achieve approval in the European Union.