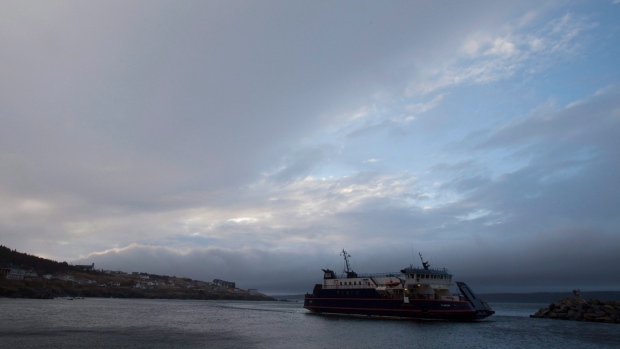 TORONTO — Bell Island in Newfoundland and Labrador is set to lose its only doctor come December, meaning inhabitants will have to take a ferry to the mainland for medical care.

Named for the large bell-shaped rock off its west end, the island in Conception Bay, five kilometres off the Avalon Peninsula, was one of the world’s major iron-ore producers from 1895 to 1966.

The 34-square kilometre island is home to approximately 2,500 people, and the island’s pharmacist Kara O’Keefe, says there are limited options for Bell Islanders if they have a medical emergency.

“Right now on Bell Island we have a community health centre, we have a small community hospital where we have an emergency room and we have access to a physician for 24 hours, however, of course without a physician we can’t have an emergency room,” O’Keefe said on CTV’s Your Morning Thursday. “So unfortunately what would have to happen is that patient be transported on an ambulance on the ferry from Bell Island to Portugal Cove and then on to a larger hospital in our capital of St John’s.”

O’Keefe said the loss of the doctor is hitting residents hard. The only other two doctors on the Island retired last month.

“People are very frightened right now,” she said. “Newfoundland has an aging population and Bell Island even more so – the average age of our residents on Bell Island is 65 to 67.”

O’Keefe said many of the residents live with high blood pressure, diabetes, lung disease – all comorbidities that can put someone in the hospital.

“When you don’t have access to emergency care, that can make the difference in what kind of treatment you are going to get and ultimately life or death if you don’t get care quickly enough,” she said.

On top of concerns about access to healthcare, O’Keefe said the island’s ferry – their lifeline to the mainland – has had chronic issues.

“We recently commissioned a new ferry to be built for Bell Island, and to put it into context – it left on St. Patrick’s Day and only came back this past weekend,” she said. “We’ve been forced to use loaner ferries for the meantime.”

O’Keefe said that with frequent breakdowns, poor weather and schedule issues – Bell Island residents’ access to the mainland has been severely compromised.

“It’s unreliable access [to St John’s] and that can be dangerous for people trying to book appointments or need emergency care, maybe they need chemotherapy or dialysis…you’re looking at massive wait times,” she said.

“In Alberta we see pharmacists independently prescribe for high blood pressure, high cholesterol, diabetes,” she said. “Our colleagues in Nova Scotia can treat uncomplicated urinary tract infections, leveraging the skills of nurse practitioners and paramedics and all of our allied healthcare professionals can help reduce the burden on the healthcare system.”