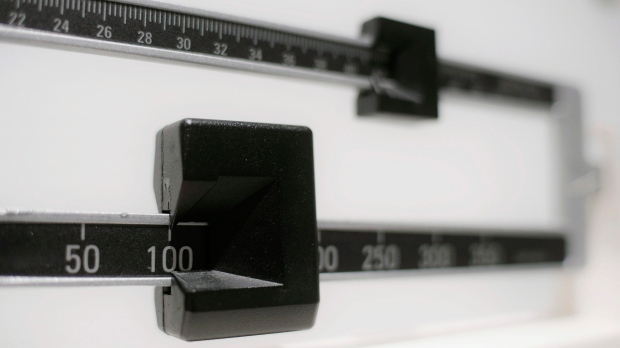 TORONTO — Eight months into the global coronavirus pandemic, athletes around the world continue to grapple with the virus’ ripple effect on sport.

With their training facilities shut down and routines upended, many have turned their attention to their eating habits to prevent weight gain and contend with the health effects of being sidelined.

But a growing number of experts are concerned that COVID-19’s disruption to sport and the subsequent mental health implications are fuelling behaviours that could lead to eating disorders, especially in young adults and athletes.

“What we have here is what you might call a perfect storm,” Jennifer Sygo, a registered dietitian and sports nutritionist who works with Athletics Canada, told CTVNews.ca by phone last week.

Sygo has seen an increasing number of teens, youth, and athletes struggling with disordered eating — which can include frequent dieting, anxiety associated with specific foods, food restriction, or preoccupation with food — triggered by experimenting with new ways of eating during the pandemic.

She says many started intermittent fasting – a diet that involves restricting the number of hours you eat per day to a certain window – as a way to control their weight or limit their calorie intake while they were away from sport or unable to train as they would have pre-pandemic.

While intermittent fasting is well-established by nutritionists and may be appropriate for many, Sygo notes it is not intended to restrict calories, nor is it a way of eating that is suitable for everyone – especially growing athletes.

Sygo warns that, without proper guidance from a nutritionist, this could lead to eating disorders in a population already at a higher risk of being diagnosed with one.

“One thing we know about athletes is that they tend to be driven, and they’re very process-oriented. When they get onto an idea, they really get onto an idea. That’s part of the reason why eating disorders and disordered eating can actually be more prevalent in the athletic population. There are perfectionist tendencies that make them more prone to those types of thoughts.”

Based on her own observations, Sygo said she’s seen an increase in disordered eating in young adults and athletes in their teens and early 20s. Many of those are athletes competing in individual sports, some of which weight plays a factor in, such as gymnastics, swimming, or figure skating.

This is intense stuff – the number of practitioners from multiple countries seeing increases in ED/DE behaviours since COVID is remarkable. I suspected this could happen, but it’s something else to see it in front of your eyes. https://t.co/NxTwxhngZL

But Sygo isn’t the only expert sounding alarm bells.

Jill Lane, founder of Fueling Champions, a Texas-based practice focusing on sports nutrition for young athletes, has also received calls from parents concerned about the eating habits of their young athletes.

“When you dig a little deeper and have discussions with said athlete, you find that they’ve started following the Instagram influencer diet,” Lane told CTVNews.ca by phone last week.

“The unfortunate part about that is… these diets are not for teen athletes who are growing, maturing and competing at a high level. Because the pictures are beautiful, the content looks great, and the copy is amazing, they get drawn into that.”

Lane does not specialize in disordered eating, but notes that fad diets and eating trends shared widely on social media add confusion to the already complex world of nutrition.

“Teens especially are easily influenced by what they see on social media. And because nutrition is already a confusing enough subject seeing something online doesn’t help that,” she said.

“When you’re drinking through the firehose of social media, even as adults, it’s difficult to ascertain what’s true and what’s true for me.”

YOUNG ATHLETES AREN’T THE ONLY ONES AT RISK

According to Alisa Simon, senior vice-president of innovation at Kids Help Phone, calls to the help line about eating and body image concerns have increased more than any other topic during the pandemic.

Kids Help Phone has seen a 69-per-cent increase in conversations about eating disorders or body image since mid-March.

Eighteen-to-24-year-olds are the most likely to discuss the topic with the charitable organization, followed closely by 14-to-17-year-olds – a fact Simon says surprises most parents.

“What we’re often thinking about [in terms of the pandemic] is that young people are going to be experiencing isolation, loneliness and grief about missing out on things,” Simon told CTVNews.ca by phone Monday.

“The fact that there has been such a big impact on their body image and challenges with eating is something that we haven’t been talking about as much as we need to.”

While there hasn’t yet been a study specifically investigating the impact of the pandemic on eating disorders in teens or young athletes, several studies have noted that individuals with eating disorders are at significant risk for relapse and diminished treatment access during the pandemic.

Sygo notes that the pandemic as a whole is having a significant impact on mental health, noting that eating disorders fall under the mental health umbrella.

“This is about more than just food,” she said, noting that Canada is “woefully underserviced” when it comes to managing and treating eating disorders, calling for a national mandate to address the issue.

Simon notes that while social media is a double-edged sword, many teens struggling with mental health issues find much-needed community in online platforms.

“The solution is not to say young people should be off social media. It’s much more nuanced than that,” she said.

“We have to think about all the different ways that we should be talking to young people about body image. How we help them feel confident and point out harmful content, and how we as adults are watching our own language and being good role models about our own bodies and eating.”

Simon notes that the knee-jerk reaction when someone says something negative about their body is to invalidate that concern.

Instead, she recommends that parents and adults listen, acknowledge, and validate those concerns by encouraging young people to talk about their struggles with body image or food.

“We need to recognize that a lot of young adults aren’t going to reach out to an adult, whether in their community or their parents,” Simon said.