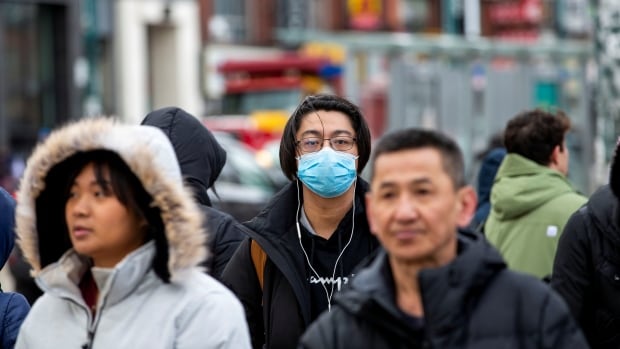 Permanent residents of Canada with children will be allowed to leave the coronavirus-affected region in Wuhan, China on a government-chartered flight, says Foreign Affairs Minister François-Philippe Champagne.

The decision was China’s and is consistent with Chinese protocols to allow repatriation of other countries’ citizens, Champagne said.

Federal officials are now on the ground in Wuhan to coordinate the evacuation of Canadians trapped in the coronavirus-affected region of the country.

Champagne said there are 280 Canadian passport-holders, and 24 others, who want to board the chartered flight. A second chartered plane has been secured to transport people if it is required, he said.

There is still no firm timeline yet for the flight, as Canada is still awaiting final approval from China to enter Wuhan’s airspace, which is now closed. Formal identification and flight manifest information is still getting final approval.

“This is a multiple-step process, which takes time,” Champagne said.

Staff from the Global Affairs rapid deployment team are already on the ground in Wuhan and in Hanoi, Vietnam, from where the chartered aircraft will leave for Wuhan, he said.

Health Minister Patty Hajdu said steps will be taken to screen all passengers and segregate them if they begin showing symptoms during the flight.

All staff taking part in the airlift will be wearing protective gear.

The number of cases of the new coronavirus has reached nearly 17,500 worldwide, and 362 have died. There have been four cases in Canada to date — three in Ontario and one in British Columbia.

On Sunday, Global Affairs Canada announced that the Canadians to be evacuated from the Hubei province where the outbreak originated, as well as government officials and air crew involved in the airlift, will be quarantined for two weeks at the Trenton, Ont., military base upon their arrival in Canada as a precaution.

The government has chartered a plane and is awaiting the necessary authorization from the Chinese government.

To date, 325 Canadians have asked to be part of the airlift.

In a briefing Monday, Chinese Foreign Ministry spokesperson Hua Chunying said that China will make arrangements and provide assistance to countries working to repatriate their citizens “following international customary practices and our epidemic control measures.” She did not offer specifics on a potential timeframe.

“I understand China and Canada are in communication on this,” Hua said, according to a translated transcript of the briefing.

Watch: What we know about the new coronavirus so far:

“Most countries appreciate and support China’s efforts to fight against the novel coronavirus, and we understand and respect them when they adopt or enhance quarantine measures at border entry. But in the meantime, some countries, the U.S. in particular, have inappropriately overreacted, which certainly runs counter to WHO (World Health Organization) advice,” she said.

“I also noted that the Canadian Minister of Health said Canada won’t follow the U.S. and impose travel restrictions on Chinese or foreign nationals who have been to China. Canada believes the ban of entry has no basis, which is a sharp contrast to the U.S. behaviours.”

WHO has declared the coronavirus outbreak a global health emergency, but has praised China for its efforts to contain the virus.

“In an open, transparent and highly responsible attitude, China will enhance co-operation with the WHO and the international community. We have confidence and capability in winning this battle as soon as possible,” she said.