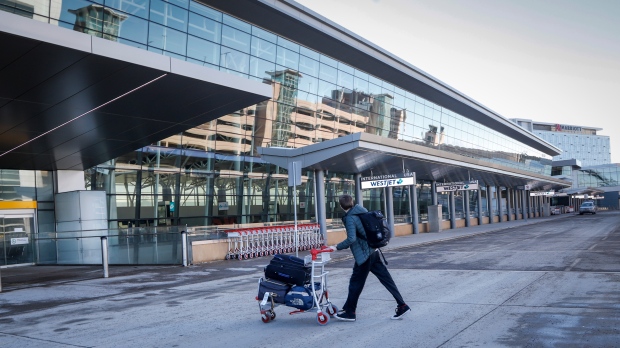 OTTAWA — The Public Health Agency of Canada has dropped their recommendation for additional screening measures applied to travellers arriving from Brazil, as a variant linked to that country spreads rapidly through Canada.

In a statement to CTVNews.ca, the agency said because the P.1 variant is present in Canada and there wasn’t clear evidence that additional questioning protocols were adding “operational value,” PHAC has requested that the Canada Border Services Agency reflect their guidance.

It goes on to add that Canada’s testing and quarantine measures are some of the strictest globally.

“These enhanced testing and quarantine measures are in place to reduce the risk of the importation and transmission of COVID-19 and new variants of the virus related to international travel. The Government of Canada’s current stringent testing and quarantine measures apply to all travellers, unless they meet an exemption in an Order in Council, regardless of the country they are travelling from,” the statement reads.

There are currently three variants of concern identified in Canada: P.1, the B.1.1.7 variant linked to the U.K., and B.1.351 associated South Africa. While B.1.1.7 remains the most dominant with 52, 536 cases reported nationally, P.1 variant infections are on the rise, particularly in Western Canada.

B.C. has 1,532 cases, followed by Ontario with 200 and Alberta with 153. At her monthly modelling presentation on Thursday, B.C.’s provincial health officer Dr. Bonnie Henry said while there is a known outbreak of the P.1 variant in the Whistler area, it’s now tracking in different regions.

Because of the variant surge in his province, B.C. Premier John Horgan is toying with the idea of implementing more severe inter-provincial border restrictions.

All travellers to Canada must show proof of a negative PCR test within 72 hours of their departure flight. Once landed in the country, passengers must take another test before leaving the airport and await their result at a government-authorized hotel. If their test is negative, they are allowed to return home for the mandatory two weeks of self-quarantine.