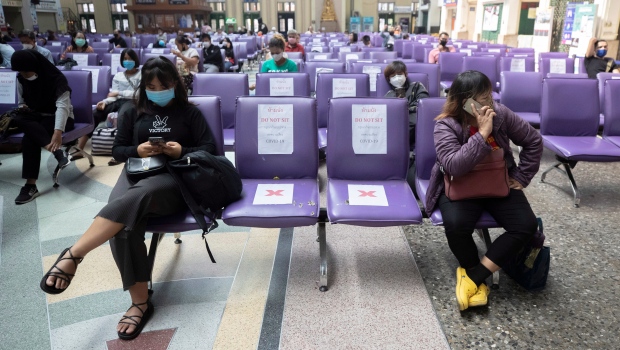 TORONTO — Experts say new theories being shared online that physical distancing amid the COVID-19 pandemic is making people’s immune systems weaker because of a lack of exposure to germs are “absolutely not true.”

Dr. Eleanor Fish, an immunology professor at the University of Toronto, told CTVNews.ca that there is no medical or scientific evidence to support these claims. She says people’s immune system do not change because they aren’t being exposed to germs.

Two California physicians posted a video on YouTube on April 26 arguing that a weakened immune system could be a potentially deadly side effect of physical distancing. Controversial scientist Dr. Shiva Ayyadurai has also embraced the idea, posting his own video on May 3 claiming that “viruses do not harm or kill us.”

“Your body is an amazing being — it knows how to take care of itself, and that’s how we get immune health,” Ayyadurai said in the video.

Infectious disease expert Dr. Isaac Bogoch told CTVNews.ca on Thursday that these claims are false and “do not reflect a good understanding” of how immune systems develop and function.

“Having a two month lockdown would have no measurable impact on our immune systems. We would not be at any increased risk for developing infectious diseases because of this,” Bogoch said in a telephone interview.

“If you’re staying home, you’re less likely to get other infections, and that’s a positive,” Fish said.

Fish said she is not surprised that these theories are circulating online. She said those concerned about vaccines argue that they’d prefer to allow their immune system to be “naturally exposed” to a specific pathogen to gain immunity.

Fish explained that this can happen through interferons, a group of signaling proteins that the body releases in response to all viruses. She said interferons can target different stages of a virus’ life cycle and inhibit them from multiplying. They can also boost an immune response by activating different cells that help clear an infection.

“Interferons are our first line of defense. Doesn’t matter what the virus is, doesn’t matter how the virus enters, the first thing the body reacts with is interferons,” Fish said.

However, she says some viruses like SARS-CoV2 can block this natural defence mechanism.

“Because viruses want to win out, they want to infect… Viruses have co-evolved and they encode in their genomes factors which block interferon production,” Fish said. “But if you come in with a virus like the coronavirus that multiplies very, very rapidly… we’ve seen it beat out interferon response.”

Fish said viruses work to find a way to “limit natural immunity,” and researchers don’t yet known the level at which people will develop immunity to the novel coronavirus.

“Some data suggests the natural immunity antibody responses aren’t that great after infection, but we don’t know. We haven’t really screened enough people who have mild, moderate, or severe infection, to pass out what their levels of immunity are in response to their infections,” Fish said.

Fish said banking on people’s natural immunity to the coronavirus to establish herd immunity “is gambling” because it is not yet known if it can mutate, resulting in antibodies to lose their effectiveness. It is also not known how long antibodies can keep people immune from catching the virus.

“If you have 60 to 80 per cent of your population that have been infected or vaccinated, the likelihood of that virus being able to hit that population is slim to zero,” Fish said. “But physical distance has meant that a vast number of people have not been infected, so you won’t have that herd immunity.”

However, Bogoch said letting one’s own immune system test its strength against the novel coronavirus would not be wise. He said using a vaccine to establish herd immunity could be safer because it reduces the risk of mass community spread.

“Those making these claims are saying natural immunity is more durable or stronger than immunity from vaccination. In some cases, that’s true and we need to provide a booster vaccine. In other cases, it’s not true. But the whole point of vaccination causing immunity is that you don’t have the risk of getting the infection and you don’t have the risk of contributing to the spread of infection that could be damaging to other individuals in the population,” Bogoch said.

Fish said that whether a vaccine can end this pandemic successfully depends on more than its effectiveness at providing immunity. Fish said people must also choose to receive the vaccine.