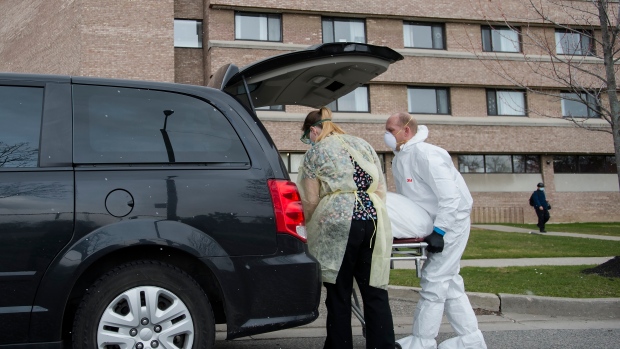 KITCHENER — A new mathematical model suggests that extending physical distancing restrictions until September could save tens of thousands of lives in Ontario and Quebec.

The model is called Distancing-SEIRD. It was developed by University of Waterloo researchers, and was recently the subject of a study that is awaiting peer review.

“I think we need to wait to ease the social distancing restrictions,” said Prof. Mohammad Kohandel with the school’s Department of Applied Mathematics, in a news release.

“People are tired of the social distancing restrictions, but they need to be patient as we need to continue this a little bit longer and then start to remove things gradually as that seems to be the best approach.”

As part of the study, researchers modified a model used in epidemiology to simulate an infection’s spread, called a SEIRD model.

They then used information on COVID-19 cases, deaths and recoveries from 184 countries between Jan. 22 and April 13 that was collated through Johns Hopkins University, as well as cellphone tracking data collected by Google for North America.

The cellphone data showed that about 60 per cent of people are practicing physical distancing in Ontario.

The Distancing-SEIRD model predicted that the death toll in Ontario without physical distancing could hit 100,000 people in the next six months.

“In contrast, a more strict case of social distancing, with 60 per cent adherence, would result in a drastic reduction in the death toll – reducing fatalities by more than 50 per cent over the first six months,” the news release reads in part.

The findings come as the province begins to prepare to slowly reopen its economy.

On Thursday, the Ontario government unveiled more than 60 labour guidelines for businesses to follow, as Premier Doug Ford said the province is “getting close” to reopening.

Ford has said the economy will reopen as a trickle, ramping up over three phases once a number of conditions are met.

The Distancing-SEIRD model was also used to project numbers in Quebec, which has had over 50 per cent more cases of COVID-19 than Ontario has to date.

In that province, cellphone data shows that 70 per cent of people are adhering to physical distancing rules.

“The model shows that if we have a strict social distancing policy and then we stop social distancing all at once the tendency is that we don’t actually flatten the curve, we just shift the infection peak,” says Research Assistant Prof. Michelle Przedborski with the Faculty of Mathematics.

“And effectively, we risk having the same peak numbers of infections as we would if we hadn’t social distanced.”

The mathematicians are working on an extension to include different demographic factors, like sex and age.

They hope to work on it further with public health officials.

As mentioned, this information has not yet been peer-reviewed.

The University of Waterloo has started releasing research as part of the school’s efforts to inform the country’s COVID-19 response.