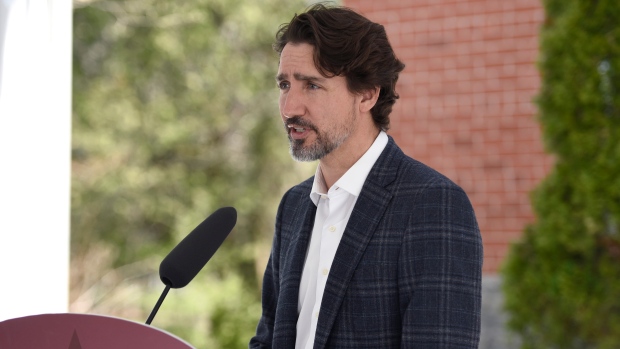 TORONTO — The federal government will spend more than $240 million to make it easier for mental health care and other medical services to take place online.

Prime Minister Justin Trudeau made that announcement Sunday, saying the funding will go toward new platforms for mental health care and primary care, as well as expansions of existing virtual care supports.

“If we can use apps to order dinner and videochats to stay in touch with family – we can use new technology to keep each other healthy,” Trudeau said, adding that there will also be specific tools aimed at people in marginalized communities who require specialized care.

Canadians’ mental health seems to have suffered over the past seven weeks as many have spent most of their days at home, feeding feelings of isolation and stress.

One survey released last week found that Canada’s self-reported depression rate has more than doubled during the pandemic, while the percentage of Canadians reporting high levels of anxiety has quadrupled. Experts warn that these problems could get even worse as physical distancing and widespread societal closures continue, particularly as it becomes clear that this year will bring a summer unlike any other.

The Mental Health Commission of Canada is offering a new, free online mental health program targeting essential workers. A group of doctors wants long-term mental health supports to be made free for all Canadians, and some Indigenous leaders say their communities are especially at risk for declining mental health.

Trudeau also announced Sunday that the government will give more than $175 million to AbCellera, a Vancouver-based company that says it has isolated hundreds of antibodies that could be used in a potential COVID-19 treatment.

AbCellera has said it could be ready to test its antibody therapy on humans as soon as July.

In addition, the prime minister said more details would be revealed later in the day about a new supply council that will focus on keeping Canada with a steady supply of personal protective equipment and other items considered important in the fight against COVID-19.

“Until we have effective treatments – or better yet a vaccine – we still need a reliable supply of everything from masks to ventilators,” he said