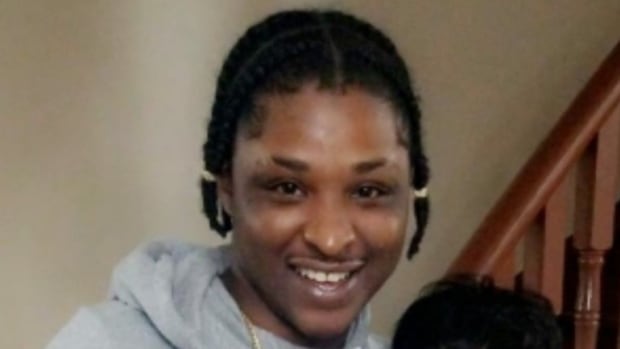 The police officer who fatally shot a young Black man with schizophrenia at his family’s Brampton, Ont., home in April has not agreed to an interview, nor turned over his notes to investigators, Ontario’s police watchdog says.

The Special Investigations Unit, a civilian oversight body that investigates reports of deaths, serious injury or sexual assaults involving police, said in a news release Thursday that the officer involved in the shooting of D’Andre Campbell, whom it did not identify, “cannot be legally compelled to present themselves for an interview to the SIU,” nor must they submit their notes.

Campbell, 26, was shot dead on April 6 after calling Peel Regional Police himself for help, his family recently told CBC News.

“It was D’Andre who called 911. He said he wanted to be taken to the hospital,” his mother Yvonne Campbell told The Fifth Estate‘s Mark Kelley in a recent interview.

“He called out for help, and the system that was supposed to help him failed him,” his sister Shenika Malcolm told CBC News in the days after his death. “There was no imminent threat and … no de-escalation methods.”

The SIU has said police were called to the family’s Sawston Circle home for a “domestic situation.”

Call for help ends in death

“There was an interaction which included the discharge of conducted energy [Taser or Taser-like] weapons by two officers,” according to an SIU news release in the hours after Campbell’s death. “One officer then discharged his firearm multiple times. The man was struck. He succumbed to his injuries at the scene.”

The Fifth Estate reported that Campbell had been struggling with his condition, and the family had called 911 a handful of times in the past when they were concerned about his well-being.

The parents of D’Andre Campbell, a Black man shot dead in his Ontario home by Peel Regional Police police in April, speak for the first time with Mark Kelley about their anguish over losing their son. 5:00

Each time, he was taken to a nearby hospital, they said. This time, he ended up getting killed.

In its news release, the SIU said investigators have interviewed all four officers designated as witnesses to the incident, along with four family members.

From the scene, investigators recovered a knife, two conducted energy weapons and what they described as “firearm-related evidence.” The officer’s firearm was also taken as part of the investigation. “Many of these items” were submitted for forensic analysis, the SIU said.

The results of the post-mortem examination into Campbell’s death have yet to be released.

‘Why are they bringing guns to deal with a mental issue?’

Asked what impact it would have on the investigation if the officer who shot Campbell refuses to speak about the incident, an SIU spokesperson said, “The more information the SIU gets during the course of its investigation — whether it be interviews or evidence — the better the SIU is able to determine what happened.”

Meanwhile, Campbell’s family has questions about the police response on that April day, including why no crisis intervention team was sent to the home. Peel Regional Police have said they are unable to answer that question, citing the ongoing SIU investigation.

“They shouldn’t be going to our house with guns,” Campbell’s father, Claudius, told The Fifth Estate. “For what? They’re gonna fight a war? Why are they bringing guns to deal with a mental issue?

Campbell’s case has garnered increasing attention in the wake of the George Floyd case in the U.S., as hundreds of thousands have taken to the streets in recent days to protest anti-Black racism in policing and other institutions.

Asked if the family believed race played a role in Campbell’s death, his father replied:

“Racism is everywhere all over the world. It’s here in Canada, too. And we all have to put our eye on it and put a stop to it.”