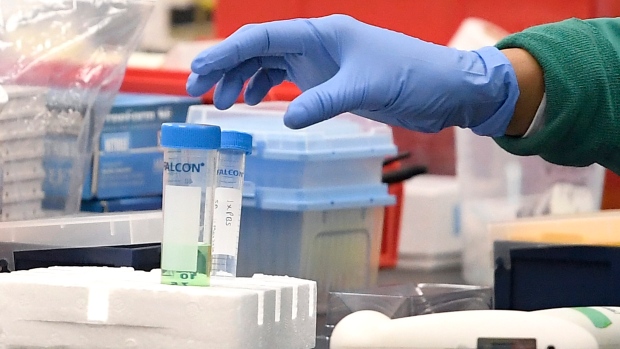 TORONTO — A Canadian human trial of a possible COVID-19 vaccine has yet to start because the Chinese government has not approved the sending of Ad5-nCoV to Canada, Canadian authorities say.

Health Canada announced May 16 that it had approved Ad5-nCoV for human trials in Canada, to be carried out by the Canadian Center for Vaccinology (CCV) at Dalhousie University in Halifax.

Human trials of the vaccine candidate are further along in China, with results promising enough that the Chinese government has approved it for use in its military.

Dr. Scott Halperin, the CCV’s director, said in May that the tests would be carried out “in a more accelerated fashion” than the usual process, which can take five years or more. He told The Canadian Press that he expected the first phase of the trial to get underway within about three weeks.

Nearly two months later, though, not a single Canadian has been given Ad5-nCoV – because, as was first reported by iPolitics, not a single shipment of the vaccine candidate has arrived in the country.

A spokesman for Health Canada told CTVNews.ca on Monday that Chinese authorities have yet to sign off on sending the potential vaccine here.

“The vaccine candidate for Phase 1 clinical trials has not yet been approved by Chinese customs for shipment to Canada,” Andre Gagnon said in a statement.

“Once the Canadian Center for Vaccinology receives the vaccine candidate it will start the clinical trial for CanSino, under the regulatory supervision of Health Canada.”

CanSino Biologics, the biopharmaceutical company that developed the Ad5-nCoV along with Chinese government scientists, did not respond to a request for comment before this story was published.

In a statement to CTVNews.ca, a spokesman for Innovation, Science and Industry Minister Navdeep Bains described Ad5-nCoV as “one of the leading candidate vaccines against COVID-19 in the world” and said an arrangement is in place that will allow it to be manufactured in Canada “for emergency pandemic use” if it is approved for distribution by Health Canada.

The government announced in May that it was planning a $44-million upgrade to a National Research Council of Canada facility in Montreal to prepare for the possibility of a large-scale Ad5-nCoV manufacturing effort.