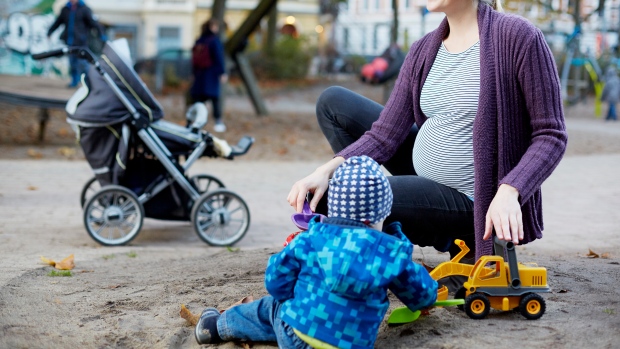 A pregnant woman’s body mass index has less of an influence on her child’s BMI than previously believed, according to a new study. BMI is a measure that uses height and weight data to track changes in weight.

Children with a high BMI, measuring 25 or higher, were more likely to be overweight or obese due to environmental factors rather than their mother’s weight when she was pregnant, found the study published in the journal BMC Medicine.

Children of the 90s is a long-term research group beginning with over 14,000 pregnant women recruited in the early 1990s. Born in Bradford is a research program that analyzes health data of over 30,000 people in Bradford, United Kingdom.

The results showed there was a small link between the BMI of the mother and the weight of the baby at birth, but the causation disappeared as the child grew up.

“Although the BMI of teenagers is linked to their mothers BMI, this is more likely due to inherited genes and lifestyle factors rather than effects in the womb,” Bond said via email.

There are many factors that affect an adult’s BMI, so controlling maternal weight is not a “magic bullet” that will fix obesity, said Dr. Christopher Bolling, pediatrician at Pediatric Associates, PSC, in Crestview Hills, Kentucky, who was not involved in the study. He is also the former chair of the American Academy of Pediatrics Section on Obesity.

A child’s environment and lifestyle, such as living close to a high number of fast-food restaurants or away from large green, open areas, can affect a child’s BMI, according to Bond.

“We all seem to know the basics of lifestyle choices to be at a healthy weight. The challenge for us as a society is to make those healthy choices the easiest choice,” Bolling said.

Children should have increased access to healthy foods and lowered access to unhealthy ones, he explained. They should also have more opportunities for regular physical activity that can help limit sedentary behavior.

Although there isn’t much of a correlation between a pregnant woman’s BMI and the BMI of her child later in life, that does not mean those women are absolved from taking care of their weight.

There are still increased risks children face with a mother who has a high BMI, Bond said.

Some women with a high BMI may face complications like caesarean deliveries or stillbirth, he explained.

Additionally, expectant mothers with a high BMI are at risk of developing gestational diabetes and preeclampsia, which is when a pregnant woman develops high blood pressure, protein in her urine and other serious symptoms. They also face possible birthing complications like shoulder dystocia, which is when one or both of the baby’s shoulders get caught inside the mother’s pelvis during labor, said Dr. Tamika Auguste, vice-chair of women’s and infants’ services at MedStar Washington Hospital Center in DC. She was not involved in the study.

Pregnant women should avoid “eating for two,” and instead focus on a healthy diet with exercise that is set out by their health care provider, Auguste said. Safe exercise options include walking, running and dancing, she explained.