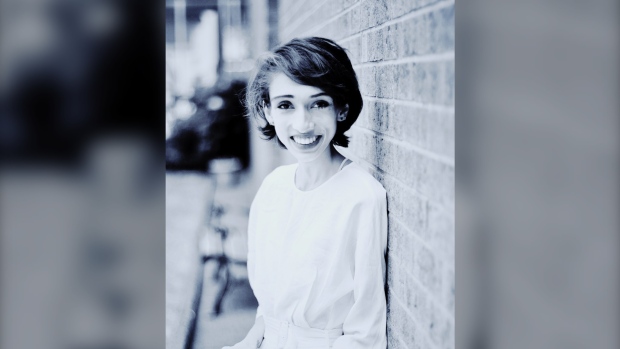 The first time Nikhita Singhal stopped eating, she was just seven years old. By the age of eight, she had to be hospitalized.

She spent five weeks in the hospital, where therapy included forced feedings. They were “very, very traumatic experiences” that had a profoundly negative and lasting impact, she says.

After she was discharged, her care continued on an outpatient basis. Over many years, she saw numerous doctors, tried many different types of psychotherapy, counselling, medications, and treatment settings, but remained depressed, anxious, and sometimes even suicidal, and had another major hospital stay when she was 17. What worked for others was not working for her.

Eating disorders can be difficult to treat and are not as well-studied compared to other mental illnesses, yet affect as many as a million Canadians, according to the National Initiative for Eating Disorders (NIED) and Statistics Canada.

Because of the physical manifestation of the disorder, some estimates suggest 10 to 15 per cent die due to medical complications like heart disease — the highest overall mortality rate of any mental illness, according to one study cited by NIED. The suicide rate among those with eating disorders is also high. And even more concerning is the increasing number of younger people at risk of developing an eating disorder, experts say.

A new study published in the JAMA Open Network found that cases and hospitalizations for newly-diagnosed anorexia nervosa or atypical anorexia nervosa among children and adolescents in Canada increased during the first wave of the pandemic.

Singhal wants to change those facts. Now 26, she is training to become a psychiatrist, hoping to specialize in child and adolescent mental health, studying at the University of Toronto and doing her residency at Toronto General Hospital, with the goal of transforming how eating disorders are treated. She hopes her experience on both sides can help bridge the enormous gap often found between patients and doctors.

“Ever since my first experiences with the mental-health system, I saw that there were a lot of things about it that were broken,” Singhal told CTV News in an interview.

“It’s not that patients are failing treatment. Treatment is failing patients and we need to do better … what I saw was that maybe the best way to do that would be to become part of the system and try to change it from the inside.”

Singhal eventually found a treatment that worked for her. But what is important, she says, is recognizing that each patient is different: having a thoughtful, individualized approach and a willingness to explore novel avenues of therapy is key.

As a confused eight year old, unclear about what was happening and surrounded by teenagers in the treatment program, being hospitalized was frightening.

“It was a pretty traumatic experience being in there,” she said.

“Everything from having nasal gastric tubes forced down your throat to [seeing] how much the other patients were struggling, and being totally taken out of your environment.”

Some of the trauma came from a lack of control, particularly when part of the treatment involved taking away that control and putting it into the hands of those trying to help you, she said.

Singhal couldn’t explain at the time why she did not want to eat. “It was just a sense of, I just didn’t want to eat.”

But she had lost a grandfather and was having issues at school with her peers — possible factors that triggered symptoms of anxiety and repetitive behaviours later recognized as obsessive compulsive disorder.

According to NIED, the physical and mental health impact of eating disorders are as debilitating as psychosis and schizophrenia. About 20 per cent of those with anorexia and 25 to 35 per cent of those with bulimia may attempt suicide in their lifetime, the organization says. And for females between the ages of 15 and 24, the death rate related to anorexia is 12 times greater than all other causes of death combined, according to one study.

“In general, we’re good at treating eating disorders but not great,” said Dr. Wendy Spettigue, a child and adolescent psychiatrist who has specialized in the assessment and treatment of severe eating disorders at the Children’s Hospital in Ottawa for more than 20 years.

The success rate for a full recovery through family-based therapy for child and adolescents is about 50 to 60 per cent, she estimated.

“It’s still many, many young people and people out there struggling with eating disorders. And so we need to get better at it…it takes incredible strength and courage and determination to recover from an eating disorder,” said Spettigue, who is also an associate professor of psychiatry at the University of Ottawa.

“We often compare it to climbing a very high mountain because you have to be able to resist the urges of the voices or thoughts in your head, telling you not to eat or not to keep it down. It’s very difficult not to listen to those thoughts.”

A part of Singhal also felt very attached to the illness. “It felt safe and familiar and it felt like people were trying to take that away from me,” she said.

One of her last hospital trips was when she was 17, where she stayed for over a month before transitioning into a day program for another half year.

“There were so many of us who went through it and it was like a revolving door,” Singhal said, but the underlying issues remained unaddressed. She says there is a lot of focus on the food when in reality, it is a complex illness with many underlying issues.

“I think there was just a sense of hopelessness and not seeing that it could ever get better, having gone through so many of the different treatments that are out there. And it’s really been years. And also hearing that the longer people have this disorder, the less chance there is that they will get better.”

Her experience is what has spurred her to go into psychiatry — she does not want others to go through what she went through. Spettigue says that kind of experience can be invaluable as a practitioner.

“We know statistically that there are millions of young people out there and millions of people suffering from an eating disorder. And to see a kind, caring, compassionate, loving person say, ‘Yes, I understand. I had an eating disorder’ — I think is very, very helpful,” she said, adding that patient-oriented research is also an important new movement that recognizes the value of hearing from patients and their families on what their journey was like.

“It’s very brave when somebody comes out publicly to say that yes, I suffered from this illness, I had an eating disorder, and I want to help others and help others to understand.”

One treatment that has given Singhal hope is psychedelics, which she has used with therapy. It has helped keep her condition under control and given her more energy and stamina to study.

“Having experienced that, it was revolutionary. Never before had I been able to look in the mirror and not hate what I saw, both just physically and also [what] kind of a person that I am,” Nikhita Singhal said. But now, she can look at herself with self-compassion.

“There were times I didn’t want to be here anymore. And it’s — yeah, it was not good. But since then, things have gotten a lot better.”

Singhal was introduced to this therapy through her father, Canadian tech entrepreneur and venture capitalist Sanjay Singhal. He had grappled with mental health issues for decades himself, but everything changed after he underwent several transformative psilocybin sessions. He hopes they can eventually do the same for his daughter.

While the research in psychedelic medicine is still considered to be in the early stages — even more so with respect to eating disorders like anorexia — Sanjay Singhal was inspired to help fund Canada’s first psychedelic psychotherapy research centre for mental health at Toronto’s University Health Network because of his family’s experiences.

For others who have struggled their entire lives with an eating disorder, Nikhita Singhal says not to give up, that hope and change are coming.

“There is a future and don’t let your light go out. And one day you’ll be able to help other people and provide a light on their journey too.”