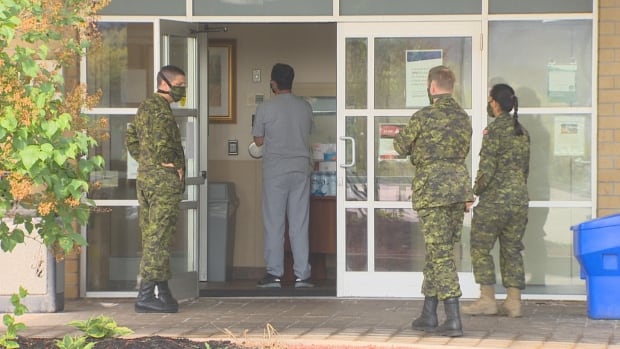 Prime Minister Justin Trudeau today floated the idea of bringing in national standards and reopening the Canada Health Act to address some of the vulnerabilities the pandemic has exposed in long-term care homes — while accusing provincial governments of having “failed to support seniors.”

His comments came after the Canadian Institute for Health Information released a new report that found the percentage of Canada’s COVID-19 deaths taking place in long-term care facilities is about double the average of other countries in the Organisation for Economic Co-operation and Development (OECD).

As of May 25, long-term care residents made up 81 per cent of all reported COVID-19 deaths in Canada; the average percentage of COVID-19 deaths taking place in LTC facilities in 16 other OECD countries was 42 per cent.

The figures cited by the report are percentages of individual countries’ total COVID-19 death counts as of May 25 — so countries with much higher death tolls also saw more deaths inside their long-term care facilities than did Canada.

Prime Minister Justin Trudeau spoke with reporters after the OECD published a report showing that Canadian LTC homes had double the fatality rate of other countries surveyed. 2:11

“I think one of the things that is very clear is our current system of supporting seniors across this country has not worked,” said Trudeau during a news conference outside of his home at Rideau Cottage in Ottawa this morning.

“It is a provincial responsibility. So it is them that … have failed to support our seniors … What this recent report has shown, and quite frankly what this pandemic has shown from the very beginning, is that the job isn’t being adequately done in long-term care centres across the country.”

Long-term care homes fall under provincial jurisdiction, but the prime minister said the federal government is willing to work with the provinces to address the problems in long-term care. More than 6,000 Canadians have died of COVID-19.

“We will continue to work with the premiers on ensuring that our long-term care centres are properly supported, whether that’s by bringing in national standards, whether that’s by extra funding, whether that’s by looking at the Canada Health Act,” Trudeau said, referring to the federal legislation that sets criteria for health transfers.

“There are a range of things that we can do.”

The issue likely will be raised this evening during the weekly call between the prime minister and the premiers.

The new CIHI study highlights the discrepancies between provinces and territories, showing long-term care deaths represented more than 70 per cent of all COVID-19 deaths in Quebec, Ontario and Alberta and 97 per cent of all deaths in Nova Scotia.

At the time the study was conducted, no deaths in long-term care facilities had been reported in Newfoundland and Labrador, Prince Edward Island and the territories. Two long-term care residents have since died in New Brunswick.