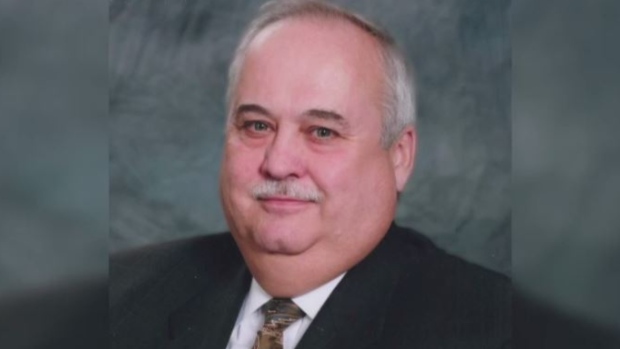 MONTREAL — The widow of a man who died after he was deprived of oxygen at a hospital south of Montreal last summer says questions surrounding his death are making the grieving process more difficult.

Maurice Leblanc, 71, was admitted in May to the intensive care unit at the Charles-Le Moyne in Longueuil.

On the morning of June 5, Leblanc and eight other COVID-19 patients were accidentally cut off from oxygen for nearly one minute, sending doctors and nurses scrambling to save their lives.

It only took that one minute to seal Leblanc’s fate. The former mechanic with the Canadian Armed Forces died that morning.

“I thought I would have healed but the longer this is dragged out, the longer it hurts,” said his widow, Carmelle Larochelle.

Local health board CISSS de la Monteregie-Centre said the incident happened while work was being done on the medical gas network in a section of the hospital that turned into a COVID-19 ICU wing at the start of the pandemic.

Respiratory therapists, nurses and doctors quickly hooked up the patients with oxygen masks or nasal tubes, but it was too late for Leblanc.

“Eight patients returned to their original condition and it did not increase the amount of time they had to stay in hospital. Unfortunately, Mr. Leblanc died as his health could not sustain the lack of oxygen,” health board spokesperson Martine Lesage said in a statement.

The health board blames human error for the death.

Patients’ rights advocate Paul Brunet questions how such a fatal mistake could occur.

“When you talk about human error, were all the systems and the stoppage of systems verified, double-checked, cross-checked by at least two people?” he said.

CTV News reached out to the health ministry to see if there is a province-wide standard for checks while work is happening in a health care facility, but did not receive a response.

Larochelle said it’s been an exhausting ordeal and she wants to make peace with her husband’s death.

“I want light shed on this so it can be done with and we can get some closure,” she said.

Leblanc was a grandfather who lived in Saint-Jean-sur-Richelieu, according to an online obituary.

He had been in a coma for three weeks before his death after being admitted to hospital for pneumonia, according to a report in La Presse. A coroner’s report stated he tested positive for COVID-19.

Lesage said the hospital has issued recommendations to prevent the incident from happening again and that “the practices and processes resulting from these recommendations are in place.”