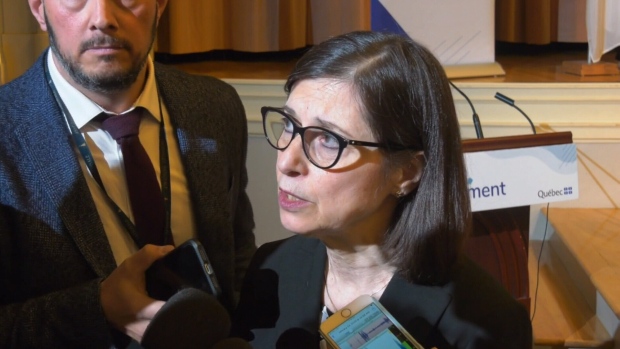 MONTREAL — Quebec is walking back a plan to offer medical aid in dying to severely mentally ill patients, saying they won’t allow it for now and will consult widely before making a final decision.

Health Minister Danielle McCann made the announcement today at the opening of a one-day forum on the province’s medical aid in dying law in Montreal.

McCann says the consultation must continue in order to obtain a real social consensus, so people feel confident and comfortable with the choices that will be made.

She says public consultations — which she said last week would last at least one day — will now last as long as it take to reach that consensus.

McCann says she’s preoccupied by the concerns that have been raised since she announced last Tuesday that the procedure would be made available to the mentally ill as the province alters the criteria for its legislation to abide by a court ruling.

The minister says she wants to pause and listen to suggestions, comments and recommendations.

But she assured those suffering from serious degenerative diseases causing significant physical suffering which cannot be resolved by doctors and who meet the other criteria of the law can have access as so ordered by the court.

Last week, the Quebec government announced it would comply with a court ruling last year striking down part of its medical aid in dying legislation — specifically the requirement that someone seeking medically assisted death be “at the end of life.”

This is a developing story that will be updated.

This report by The Canadian Press was first published Jan. 27, 2020.