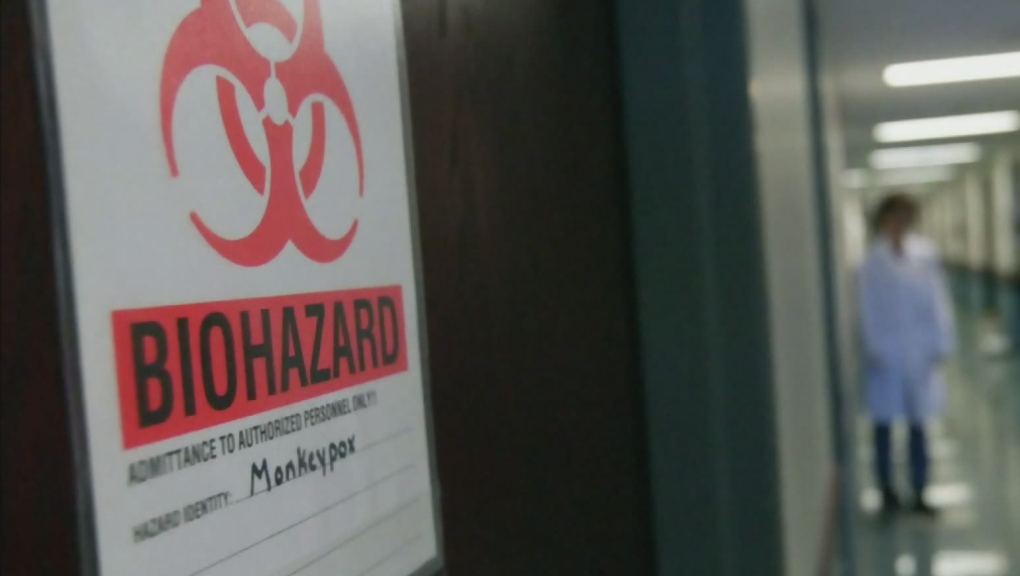 Quebec is ready to vaccinate people who have come into close contact with monkeypox as soon as Friday.

“It’s a serious outbreak of monkeypox,” said Quebec interim public health director Dr. Luc Boileau. “We have 25 cases that have been confirmed and there are other cases, probably 20 to 30 cases, that are under investigation so far.”

There is at least one case in a person under the age of 18. They are currently in isolation and public health officials say they do not plan to reveal much more information about this particular case.

Tuesday, the Public Health Agency of Canada (PHAC) delivered a small amount of the Imvamune vaccine to Quebec from Canada’s National Emergency Strategic Stockpile (NESS) in order to boost its response plan.

The province says it will provide those who have come into close contact with an infected person with one dose of the vaccine.

“The recommendation is to give it four days post-exposure with some flexibility up to 14 days,” explains Quach.”If the contact has been continuous or intermittent, we’re giving a window period of four days after the last exposure.”

Boileau encourages anyone experiencing symptoms to immediately seek out a medical professional and follow public health measures, such as wearing a mask and covering up sores.

“Stay as isolated as possible. This is what will count to fight the contagion,” he said. “Avoid contact with people who are immunocompromised, as well as pregnant women.”

He notes the situation is serious but is not expected to reach infection levels similar to COVID-19.

Montreal public health notes that none of the people afflicted are severely ill and the risk posed by monkeypox is low.

The doctors say they do not yet know how the virus made its way into the community in Quebec, but that it could be tied to travel to other countries.

“We don’t comment on specific situations,” said Bergeron when asked if public health plans to reveal the outbreak locations. “We’d like to assure the population that we are aware and doing what needs to be done.”

Monkeypox is a rare disease deriving from the same family as smallpox, which the World Health Organization declared eradicated in 1980.

It is generally milder than smallpox and can cause fever, headache, muscle aches, exhaustion, swollen lymph nodes and sores.

Quebec reported its first cases of the virus last week.