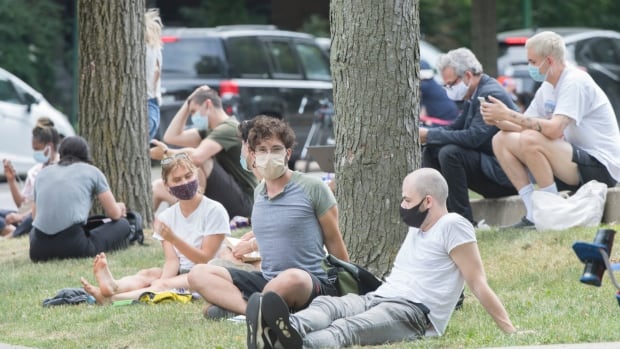 Quebec health officials say they are changing the way COVID-19 data is reported so as to clarify how many people have recovered from the disease and provide a clearer picture of how many active cases there are in the province.

On Friday, a notice published to the website of Quebec’s public health research institute, the INSPQ, said the method used up until Thursday resulted in a “significant underestimation” of how many people have recovered.

Quebec has now adopted an algorithm used in other Canadian provinces that estimates the number of people who have recovered, even if their up-to-date status has not been entered in the system.

Basically, according to the INSPQ, those who are believed to no longer contribute to the transmission of COVID-19 are considered recovered.

Using this method, the INSPQ said there are currently 7,203 active cases in the province, which has a population of about 8.5 million people.

Quebec has conducted more than one million tests, with nearly 670,000 coming back negative, according to Quebec public health.

Until the new method was introduced, people would watch the number of cases climb every day, making it seem as though there were more than 57,000 residents with COVID-19.

Under the new system, INSPQ data shows that 49,939 people are considered recovered.

According to INSPQ, most people will be considered COVID-free after 14 days. Those who are immunocompromised must wait 21 days before they’re considered clear of the disease. Those patients over 80 or who reside in a long-term care home are considered recovered after 28 days.

Patients who were hospitalized are considered COVID-free when discharged, or if 21 days have passed since the first positive test.

While people may be considered unable to transmit the disease after a certain period of time, there are reports across Canada and around the world of patients having symptoms for several weeks.

Evidence has also emerged that COVID-19 affects more parts of the body than the lungs, and patients have been reporting it takes weeks, if not months in some cases, to fully recover from the disease.

In an emailed statement to CBC News, Quebec public health said it had been consulted by the INSPQ before the new method was published and had agreed to the change.

Public health said in the statement that it knew the number of active cases could not be as high as it had been in recent weeks.

“We are currently of the opinion, following the modifications made, that the 7,203 cases still active represents reality,” the statement said.

Quebec has ramped up testing in recent days as there has been a steady increase in new cases — more than 800 since July 10.

While many have blamed the increase on the reopening of bars in the province, Quebec Premier François Legault said on Friday that private gatherings are the main problem.

Legault said he does not plan to close bars for now, and he is instead encouraging people to avoid parties.

The province’s current public health rules allow only 10 people in any one place at any private gathering, 50 if they are in a public place.

“It’s fun to be in a big gang and celebrate, but it’s not the time to do that,” Legault said. “You have to be very, very careful not to be forced to go back into confinement.”