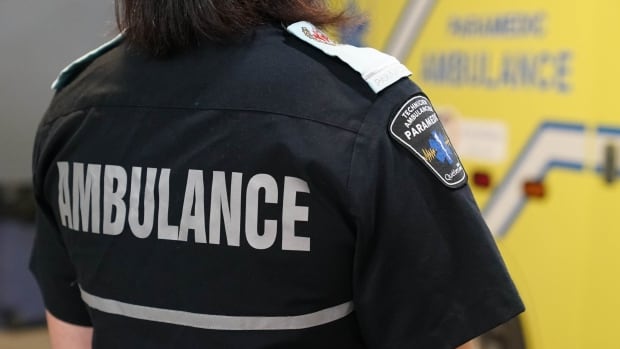 It’s not unheard of for people to call 911 when they break an ankle or have a bad backache — and while sometimes a trip to the hospital by ambulance is warranted, that isn’t always the case.

To help ease the load on ambulance technicians, the province has been testing transferring non-urgent calls to 811 instead.

It’s a second triage, of sorts: if the call meets certain criteria, it’s transferred to a nurse, who takes over and conducts a more in-depth evaluation on the patient then decides whether an ambulance is necessary.

The main job of an ambulance technician is to save lives, says Dr. Élyse Berger Pelleter, who works for the Health Ministry.

But with an aging population and a shortage of ambulance technicians in the province, the situation on the ground is far from ideal — putting a lot of pressure on emergency medical services.

The Health Ministry wants to have the new system fully established provincewide by 2022. Berger Pelletier said she hopes eventually, people who call with non-urgent problems will get a doctor’s appointment, if need be.

“The client is satisfied. It’s efficient. Everyone is happy. That’s where we’re headed.”

The pilot project is in its third year in four regions: Montreal, Laval, Chaudière-Appalaches and the Eastern Townships.

The transferred calls are being handled by a dedicated team of Info-Santé nurses in Laval. The chief of service, Nancy Vachon, says the team is able to handle about 3,000 calls a month.

Officials expect the results to be less impressive in the two more rural regions, because residents living where there is less access to taxis or public transport are more likely to have an ambulance sent to them, Berger Pelletier said.

Urgences-Santé, the emergency medical service that covers Montreal and Laval, gets up to 1,300 calls per day, said the agency’s director, Vincent Brouillard. He said the pilot project is allowing the agency to respond to real emergencies, relieving the pressure on paramedics in general.

It is having another effect, as well, he said: fewer ambulance transports mean there are fewer people in emergency rooms, so it is also easing overcrowding.

Those experiencing non-urgent health issues can call 811 directly instead of 911.

For non-urgent situations involving Montreal police, the general number is 514-280-2222, or you can call your local station directly.