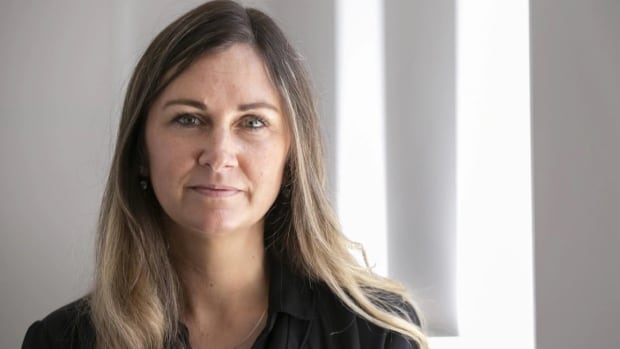 Quebec’s college of physicians is recommending that dozens of women who have been forced to travel to the United States for surgery — to remove implants to treat incontinence — be reimbursed by the province’s health insurance board.

The recommendation is the result of an inquiry by the college into how surgeries to remove the devices, called suburethral incontinence slings, are being performed in the province.

That inquiry was prompted by a report on Radio-Canada’s investigative program Enquête last fall, which found 31 women went to the U.S. to have the slings removed because they no longer trusted urologists in Quebec to perform the surgery correctly.

Every year, about 11,000 Canadian women, mostly over the age of 40, get sling implants. The slings, made of plastic mesh, are designed to be permanent, grafting quickly to tissue, muscle and bone.

For most women, the devices work well. But some suffer from complications that produce excruciating pain.

“Currently in Quebec, management of such complications has no structure,” concluded the report, released Tuesday. “Patients looking for solutions are left to themselves.”

‘I jumped for joy’

For some patients, a partial removal of the device solves the problem. For others, only a complete withdrawal of the sling relieves their pain. However, there are very few specialists in Quebec who know how to perform a full removal, and those that do have limited experience.

The college’s report found that about 50 Quebec women had to go to the U.S. to find a surgeon who specialized in the full surgical withdrawal. It concluded that the insurance board, the Régie de l’assurance maladie du Québec, should give each of those women about $18,000 in compensation.

“Honestly, I jumped for joy,” said Cynthia Gagné, who, after her surgery in the U.S., started a support group on Facebook for women who had had complications from the slings.

“I cried. This is what we wanted from the start.”

The college made a total of 17 recommendations, including:

While pleased with most of the recommendations, Gagné said she was deeply disappointed with the steps outlined in an annex to the report, which detail how a patient would qualify for a complete withdrawal of her sling.

Those steps would allow very few women to qualify, she said.

“It’s like everything that’s good in this report is cancelled out by this one annex,” Gagné said.

“It’s as if the annex was made to match what specialists are currently capable of, and not to match the needs of the patients.”

The college’s vice-president, Dr. Nathalie Saad, told CBC News she expects that the criteria will change as doctors get more information from the register that’s to be created, to track complications.

“Things evolve with time. This is not a binding contract, and algorithms change all the time. But we had to base this on what’s available in the current literature,” Saad said.

“That’s why we need to gather more information in Quebec and to do it in a systematic fashion.”

It will be up to the Quebec Ministry of Health and RAMQ to act on the report’s recommendations.