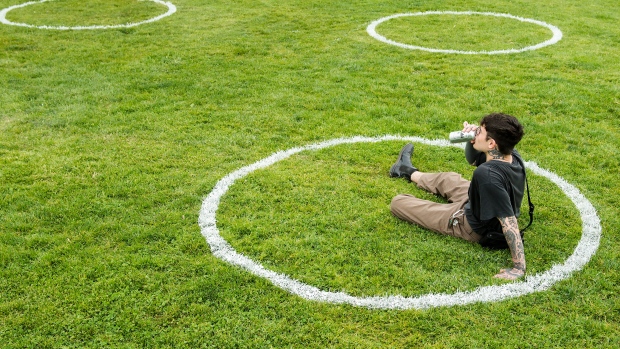 The Public Health Agency of Canada says the latest figures show “exceptionally low level of influenza activity.” From July 19 to Aug. 22, the percentage of tests that came back positive for influenza was 0.03 per cent, a fraction of the five-year average of 1.43 per cent.

That rate is the lowest level reported for the past nine flu seasons.

The reason behind the dramatic drop, health officials suggest, has a lot to do with the pandemic. Patients with flu-like symptoms may be less prone to seek medical attention, officials say, and six months of physical distancing measures may also have helped stall the spread of the airborne illness.

COVID-19 is much more serious than the seasonal flu, but the two viruses are similar in that they are both spread through droplets in the air when an infected individual coughs, sneeze or speaks.

Testing for influenza in the latest five-week period was higher than usual, with reporting laboratories administering three times the average number of tests for this time of year.

The flu season typically lasts well into the spring, but this year it was cut nine weeks short. In mid-March, shortly after the World Health Organization declared COVID-19 a pandemic and lockdowns came into effect, the percentage of positive tests crossed the 5 per cent threshold, which is considered the end of the flu season.

Public health officials caution that comparing this year’s flu data to other years may be tricky because testing for respiratory viruses was different, particularly in the first four months of the pandemic.

So far this flu season, 2,485 hospitalizations have been reported, with 308 ICU admissions and 120 deaths.

Health officials have long worried that the onset of the fall flu season could coincide with a second wave of COVID-19 cases. Now, doctors across Canada have expressed concerns that they won’t be able to distinguish between the two viruses, both of which lead to headaches, coughing and fever.

Some family doctors have told CTV News that public health guidance needs to be more clear when it comes to how to approach COVID-19 testing during the flu season.

In its online guidance for physicians, Health Canada acknowledges that the overlapping symptoms may present “increased challenges with diagnosing COVID-19 during allergy season, or when there is circulating influenza or other respiratory viruses within Canada.”