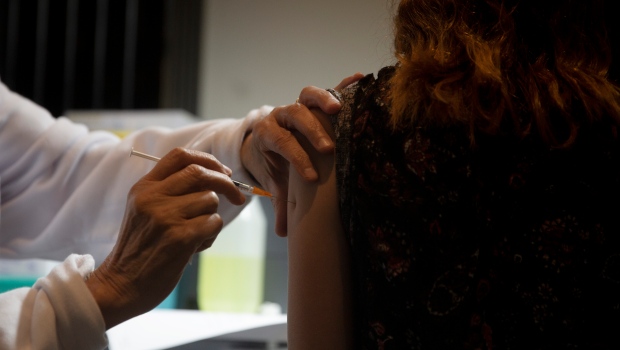 MONTREAL — About 98 per cent of people with a history of multiple allergies suffered no allergic reactions after receiving a Pfizer-BioNTech vaccine, according to a study conducted in Israel and published recently online in JAMA Network Open.

Of the approximately 2 per cent who did react, none required hospitalization, and symptoms cleared up with medication within a few hours.

“That’s really reassuring,” said Dr. Donald Vinh, an immunologist at the MUHC, who explained the study is important because it replicates previous but smaller studies with similar results.

Another point highlighted by the study is that “even if you had a reaction to the first dose of your Pfizer vaccine, you can still go ahead and proceed with your second dose with essentially no risk of having a recurrence of that same allergic reaction,” Vinh said in an interview with CTV News, after reviewing the publication.

Vinh said this brings to the forefront what most studies have shown, “which is concern about allergies should not be a reason to avoid getting the COVID vaccines.”

To reinforce that advice, Vinh offered encouragement to those with allergies who have held off getting a vaccine thus far, adding vaccines are administered in supervised settings in Quebec.

“They have the trained personnel, the equipment, and the necessary emergency medications in case there’s an allergic reaction,” Vinh said.

People are pre-screened for allergies and any contraindications before receiving the shots and are monitored for at least 15 minutes afterward.

Even a serious reaction like anaphylaxis can be treated on the spot, he says.

The Israeli study had a similar framework in place but monitored individuals deemed to be at high risk for two hours following the injections.

The authors concluded that “only patients defined as highly allergic should receive vaccination under medical supervision.”

It’s not known how many Quebecers are shying away from vaccination because of fears related to allergies to food, medications, or environmental factors.

Vinh said it doesn’t appear to be an overwhelming number of people, but is a sizable proportion nonetheless, who should be “reassured,” by this research, and get vaccinated.

Questions about allergy risks prompted the Sheba Medical Centre in Israel to open a COVID-19 referral centre when the country first rolled out its Pfizer-BioNTech vaccination campaign eight months ago.

“Concerns regarding safety and, particularly, severe allergic reactions to this vaccine are a significant obstacle to implementation of this large immunization program,” the study’s authors wrote.

Between December 2020 to February 2021, researchers assessed 8,102 participants for allergy risks according to certain criteria.

There were 429 individuals in the group considered to be at high risk for allergic reactions, which amounted to 5 per cent of the total number of participants.

Women made up the majority of the high-risk group (70.9 per cent), with 63.2 per cent of the entire group reporting prior anaphylaxis.

Following immunization with the first dose, nine women had allergic reactions within the two-hour observation period.

Six of them had minor reactions including skin flushing, tongue or uvula swelling, or a cough that diminished after treatment with an antihistamine.

Three women had anaphylactic reactions 10 to 20 minutes after getting the shot, among other symptoms.

They were treated with several medications including adrenaline and antihistamines. The symptoms resolved with 2 to 6 hours and no one required hospitalization.

When it came time for the second dose, four patients from the highly allergic group had mild allergic reactions.