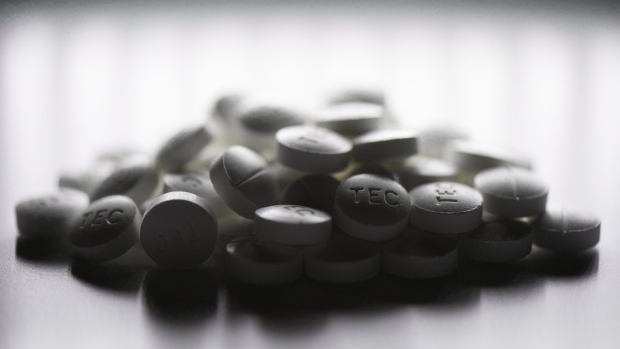 OTTAWA — How governments fund the country’s fight against the opioid crisis might explain “a lack of progress” on the issue, say newly disclosed documents on an alternative Health Canada is considering.

The paper obtained by The Canadian Press suggests federal officials should focus funding where service providers can prove they are helping people with opioid-use disorder.

“It can be argued that the focus on inputs and outputs using grants and contributions funding, rather than on outcomes, has not proven optimal for addressing many pressing social challenges and may be contributing to a lack of progress in addressing the major challenges of the opioid crisis,” the report says.

Funding programs based on a tight focus on successful results is something Health Canada has reviewed for months as part of a wider federal effort to find new ways to finance and test social services in a way that limits risk to government coffers.

How that works is a service provider, usually a non-profit, partners with a private financier to front the money for a project — and the government pays out if it succeeds.

The paper suggests governments focus on projects for high-risk populations, with clearly definable goals, or “evidence to suggest that they can achieve the target outcomes.”

Health Canada says it is reviewing the report, but hasn’t set timelines for any decisions.

“Health Canada will continue to explore innovative approaches to funding interventions, in order to identify new and more effective ways of supporting Canadians with opioid-use disorder,” spokeswoman Maryse Durette wrote in an email.

The paper was a final report from Toronto-based Centre for Addiction and Mental Health — Canada’s biggest mental-health teaching hospital — and the MaRS Centre for Impact Investing, which were helping Health Canada study social-impact bonds, as the financing model is known.

These kinds of arrangements have helped fund about 20 health-related projects worldwide.

One section of the report notes the political implications for governments.

The paper says paying for certain outcomes “may be more difficult to defend from public scrutiny than paying for others.” And paying returns to investors could go over poorly, even if they have funded projects that met their goals.

The proposed bond to address the opioid crisis has caught the attention of the Ontario government as well as Addictions and Mental Health Ontario, which represents about 200 organizations in the province.

The report says both have “high interest” in becoming partners.

In mid-January, federal Health Minister Patty Hajdu talked about moving beyond measuring the success of federal funding by counting how many needles a clinic bought or how many information posters it put up, or the number of encounters with patients a group had.

“What we want to know really is, what are the outcomes,” she said on a visit to Vancouver’s Downtown Eastside.

“So we work with our partners on those evaluations and try to get to a more tangible outcome evaluation so that we can answer those questions.”

This report by The Canadian Press was first published Feb. 4, 2020.

— With files from Hina Alam in Vancouver