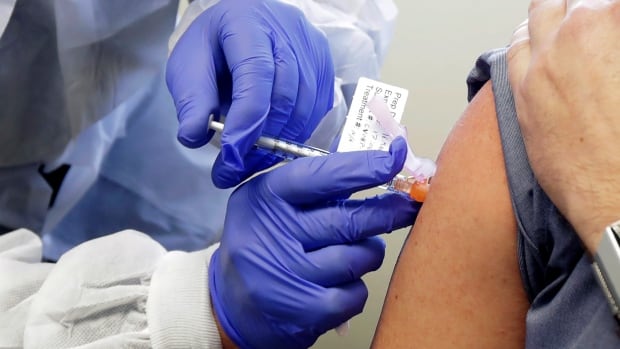 A hacker group “almost certainly” backed by Russia has tried to steal COVID-19-related vaccine research in Canada, the U.K. and the U.S., according to intelligence agencies in all three countries.

The Communications Security Establishment (CSE), responsible for Canada’s foreign signals intelligence, said APT29 — also known as Cozy Bear and the Dukes — is behind the malicious activity.

The group was accused of hacking the Democratic National Committee before the 2016 U.S. election.

The group “almost certainly operates as part of Russian intelligence services,” the CSE said in a statement released Thursday morning in co-ordination with its international counterparts — an allegation the Kremlin immediately denied.

“These malicious cyber activities were very likely undertaken to steal information and intellectual property relating to the development and testing of COVID-19 vaccines, and serve to hinder response efforts at a time when health care experts and medical researchers need every available resource to help fight the pandemic,” the CSE statement says.

When asked if the malicious hits were successful and which facilities in Canada were targeted, a spokesperson said the CSE is generally “not able to comment on, or confirm details about specific cybersecurity incidents.”

U.K. Foreign Secretary Dominic Raab said it was ‘pretty appalling’ of Russia to be involved in the cyber attacks on Britain, Canada and the U.S. 0:36

In response to CBC’s inquiries, CSE spokesperson Evan Koronewski did point to a recent threat bulletin that reported a Canadian biopharmaceutical company was compromised by a foreign cyber threat actor back in mid-April.

The three targeted countries said the Russian actors have been using custom malware known as WellMess and WellMail to attack a number of organizations globally during the pandemic.

In May, the CSE said authorities were investigating possible security breaches at Canadian organizations doing COVID-19-related research but did not say who was behind the attacks or where they were coming from.

The agency has been warning since the start of the COVID-19 crisis that Canadian intellectual property linked to the pandemic is a “valuable target” for state-sponsored actors.

U.K. Foreign Secretary Dominic Raab said if Russia wants to rejoin international forums, “it needs to live up to its international responsibilities.”

“I think it’s important to call it out because we’re not going to wait until there is harm,” he told reporters earlier today.

The ?? stands with ?? &amp; ?? against the reckless actions of Russia’s intelligence services, who we have exposed today for committing cyber attacks against those working on a <a href=”https://twitter.com/hashtag/Covid19?src=hash&amp;ref_src=twsrc%5Etfw”>#Covid19</a> vaccine – undermining vital ? cooperation to defeat this pandemic <a href=”https://t.co/6nIq8Nu5Iz”>https://t.co/6nIq8Nu5Iz</a>

“We must call out irresponsible state behaviour that violates the rules-based international order and strive to live and work in a cyber environment that is open, stable, peaceful and secure,” the statement reads.

“In Canada, we are committed to defending these principles in cyberspace, especially when they touch on the interests of Canadians.”

It’s important to defend ?? health care organizations, our national interests, and that of our allies the UK &amp; the USA. Let’s call out bad behaviour, reinforce a shared &amp; common understanding of rules-based norms &amp; deter malicious foreign cyber actors from targeting our country. <a href=”https://t.co/0rPOrTJSDo”>https://t.co/0rPOrTJSDo</a>

The Russian news agency RIA said Russian President Vladimir Putin’s spokesperson Dmitry Peskov denied the allegations, which he said were not backed up by proper evidence.

The CSE says Canadian health organizations should read its advisory and take necessary actions to protect themselves, and contact the Cyber Centre if they suspect they have been targeted.