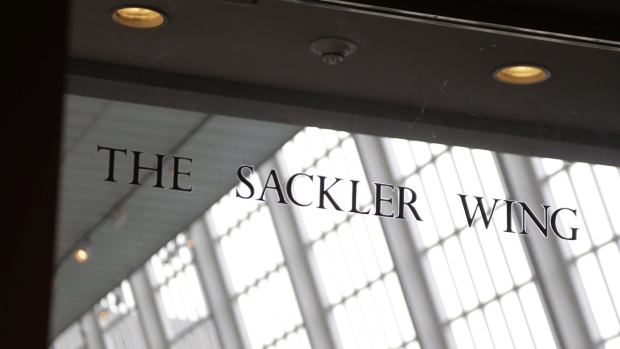 TORONTO — For decades, the Sackler family was known for its philanthropy and patronage of art galleries, museums and universities.

But bankrolling all that generosity was the family business for which the Sacklers have in recent years been in the headlines: Purdue Pharma, the company behind OxyContin, the drug considered at the heart of the opioid epidemic.

In his new book, “Empire of Pain”, journalist Patrick Radden Keefe explores the Sackler family’s pharmaceutical empire and the part it played in the opioid crisis. The book itself had its roots in an article Keefe wrote for the New Yorker in 2017. At the time, he didn’t think he had enough material for a book, particularly as the family wanted no part of it.

But as the number of lawsuits against Purdue has grown in recent years – now some 2,600 in all — Keefe found another source of information in court documents.

“Slowly state prosecutors started getting access to internal company documents, and indeed emails from the family members. So what I’ve done over the last couple of years is just accumulate internal documents, so that even though the family didn’t co-operate with the book, I was able to tell the story largely using their own words,” he told CTV’s Your Morning on Monday.

The opioid crisis has killed some 500,000 in the United States, and thousands in Canada, from both prescribed and illicit drugs. Last month, Purdue filed a restructuring plan to dissolve itself, while the Sackler family agreed to pay US$4.2 billion to resolve various civil claims.

For his book, Keefe takes a look at the family starting years before OxyContin was in development, when the patriarch Arthur Sackler and his two brothers began in pharmaceuticals, scoring their first big hit with the drug Valium and showing a particular marketing savvy.

“Arthur Sackler, the patriarch, he died before OxyContin was even created, but he was a pioneer in terms of how the drugs were marketed, and this was marketed directly to physicians,” said Keefe.

Sackler also promoted his products by giving out free samples. “This is interesting because I’ve studied drug cartels in Mexico and they do the same thing,” said Keefe.

As the family fortune grew, the Sacklers quickly established themselves as philanthropists, giving generously to universities and museums, but making sure the Sackler name adorned the exhibit hall or museum wing they had funded as a condition of the donation, says Keefe.

“There were these contracts that said ‘you need to have our name in there’,” he said. “The strange irony is that during that whole time and really right up to today, what they didn’t want the family name on was the business.”

The book, released this month, is divided into three parts. It covers Arthur Sackler and his marketing innovations, followed by the company’s development of OxyContin, and then the Sackler family downfall.