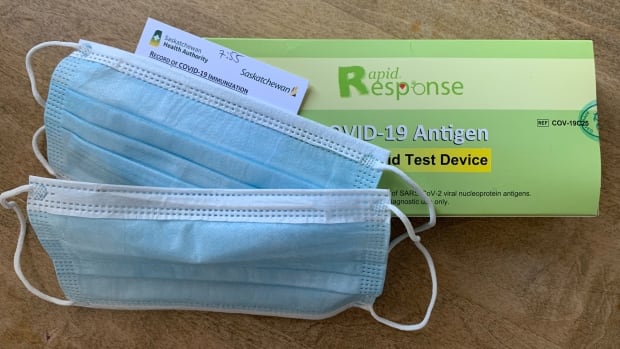 Saskatchewan has recorded two new COVID-19 cases stemming from the Omicron coronavirus variant, bringing the provincial total to seven as of Friday.

The new cases come as the province confirms all COVID-19 cases will now be screened in an attempt to detect the variant of the virus that causes the illness as early as possible.

In a statement to CBC News, the Saskatchewan Health Authority said all COVID-19 cases will be screened by a single nucleotide polymorphism (SNP) test, which is used to quickly identify samples that are likely linked to a specific variant.

A case that screens positive for a variant in an SNP test is ruled to be a probable case of a variant of concern, the health authority says.

Tests then undergo genome sequencing to determine lineage. Once that process is completed, a case can be considered confirmed as one caused by the Omicron variant.

The new cases were reported in the following health zones:

The 49 cases were detected as the province processed 1,962 COVID-19 tests. That means the test positivity is 2.5 per cent.

The seven-day rolling average of test positivity remains at three per cent.

Along with the new cases reported on Friday, the province added five cases of residents who previously tested positive for COVID-19 while out of the province.

That has helped to bump up the number of known active cases in Saskatchewan to 548, or an increase of four from Thursday.

The province recorded one new COVID-19-related death, bringing the provincial total over the course of the pandemic to 942.

Hospitalizations increased by one, to a total of 107, including 33 people in intensive care — a drop of two since Thursday.

Another 1,842 doses of COVID-19 vaccines have been administered, 54 per cent of which were first doses.

As of Friday, 82.6 per cent of Saskatchewan’s eligible population has at least one dose of a COVID-19 vaccine and 74.9 per cent have two shots.