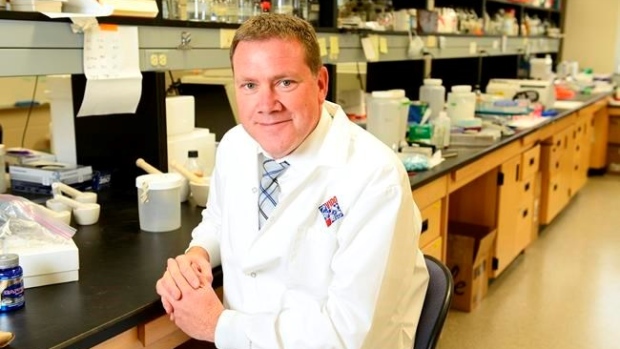 SASKATOON — As Canadian public health agencies prepare to deal with a new viral illness, a specialized lab in Saskatoon is using its research on different strains of the coronavirus to help develop a vaccine.

The University of Saskatchewan’s Vaccine and Infectious Disease Organization-International Vaccine Centre, also known as VIDO-InterVac, has received permission from the Public Health Agency of Canada to focus on the threat.

“People need to work together and collaborate and share the information,” said its executive director, Volker Gerdts.

The deadly coronavirus, first linked to a market in the central Chinese city of Wuhan, has been connected to 26 deaths and infections in hundreds of people. South Korea, Japan, Taiwan, Thailand and the United States have each reported at least one case of the virus.

There have been no confirmed cases in Canada and officials say the risk of an outbreak remains low.

About five or six people in Canada are being monitored, including those with a travel history to the Wuhan area and with symptoms of the illness. Respiratory samples are being sent to the National Microbiology Lab in Winnipeg.

“Emerging diseases arrive and, because of all the travel we do and the connectiveness we have right now, the world becomes smaller and smaller and there’s a better chance for these pathogens to quickly spread around the globe,” Gerdts said.

The Saskatchewan lab was developed in the wake of the Severe Acute Respiratory Syndrome, or SARS, outbreak in 2003 to ensure that Canada could be prepared for emerging disease and illness, he added.

Researchers there have spent a significant amount of time focusing on pathogens like coronaviruses. Gerdts said they’ve successfully developed a vaccine for coronavirus strains in cattle and pigs.

“We have expertise in working with them.”

While coronaviruses are relatively small, they are known for mutating and jumping species, which is why they cause so many problems.

Gerdts explained the coronavirus strain in pigs had not been seen in North America until two years ago. But within a year it had affected 10 million of the animals.

Colleagues in China have made the outbreak-specific coronavirus genome sequence available to researchers around the world, Gerdts said. His lab is now using it to hopefully find a way to help.

The lab also has clearance to handle samples of the pathogen and is attempting to get samples from China or the U.S. If that’s not possible, it will order synthetic gene fragments.

The goal is to have the first vaccine candidates ready for testing in animals within six to eight weeks, Gerdts said. But human trials are at least a year away.

Gerdts said Canada has shown a leading role in developing vaccines, including one for the Ebola virus, and there’s a need to have more capacity to manufacture them here.

If his lab had a manufacturing facility that he’s been advocating for, he said production of a coronavirus vaccine for human testing could happen quicker.

Theresa Tam, Canada’s chief public health officer, said Canadian research is part of a global effort and will be shared with the World Health Organization.

“We currently do not have a specific vaccine against this novel coronavirus,” she said. “With a global effort on preparedness, I think that’s something that we need to strive for.”

This report by The Canadian Press was first published Jan. 24, 2020.