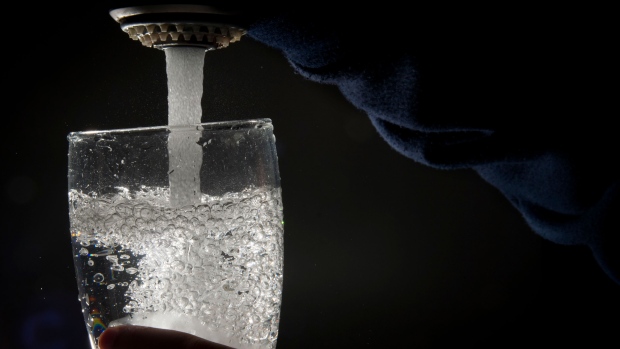 TORONTO — A group of international scientists are urging a Canadian university to establish an independent investigation into one of its professor’s research that links fluoride in drinking water to lower intelligence in children.

The 14 experts and researchers from six different nations issued a letter last month to York University in Toronto asking for a review of Christine Till’s work on fluoridation to determine whether her “ideology is being misrepresented as science.”

“We believe that some or all of Dr. Christine Till’s fluoride publications might well contain significant error… Therefore, we are acting on our moral duty to make this belief known by asking you to establish an international, independent, expert committee to determine whether our concerns are justified,” the letter read.

Fluoride is a naturally occurring mineral that is present in nearly all water sources and is associated with reduced tooth decay. The Public Health Agency of Canada (PHAC) says fluoride molecules can strengthen teeth by hardening tooth enamel, contributing to tooth surface re-mineralization, and deterring oral bacteria.

For decades, governments around the world have added fluoride to public drinking water to reduce rates of tooth decay in children and adults.

Till and Simon Fraser University professor Bruce Lanphear conducted an observational study in August 2019 looking at 512 mother-child pairs from six major Canadian cities, 40 per cent of which lived in communities with fluoridated municipal water.

The study found that children whose mothers were exposed to higher levels of fluoride in their tap water during pregnancy scored lower on IQ tests than those with mothers who had less exposure while pregnant.

Signatories behind the letter issued to York University say there is not a proven cause-and-effect relationship between fluoride and IQ scores.

Till told CTVNews.ca that the letter is a “glaring misrepresentation of the rigour” of her research.

“Our study underwent extensive scrutiny to meet the scientific standards for publishing in the highest-ranking pediatric journal in the world. Policy makers, health professionals and scientists must have access to all high-quality evidence to make informed decisions,” Till said in an email on Thursday.

“It would be unacceptable to censor scientific results because they do not conform to a certain set of beliefs,” she added.

Jennifer Meyer, a population health sciences professor at Alaska’s College of Health and one of the letters signatories said Till’s study is “egregious and deviates sharply” from accepted scientific practices.

“Professor Till and Dr. Lanphear appear to be engaged in trying to prove, through publication of questionable studies, that their claims are somehow rigorous while ignoring other studies which have found no such associations,” Meyer said in an email on Wednesday.

Meyer and the other signatories from the U.K., Ireland, Australia, New Zealand and Chile claim that Till is using her platform to advocate against pregnant women drinking fluoridated water, despite shortcomings in her research on the topic.

“The behaviour needs thorough investigation because the members of the public in many nations are at risk of harm if shoddy science, in any quantity, becomes the basis of public health policy,” Meyer said. “Every day that York University does not address the issue of Dr. Till’s methods, is another day that pregnant women and children are harmed.”

“We must always defend the right of students, professors and instructional staff to express their views and conduct free inquiry. It is, however, not required that we agree with the content of that speech. Free expression, especially on controversial topics, is best regulated by vigorous counter-speech. It is not appropriate for the University to decide which side of a particular issue is correct,” Lenton said in the statement.

Lenton added that the university will not censure any members of its community for their research or their public comments made in the course of their scholarly work “within limits prescribed by law and applicable policies governing the responsible conduct of research.”

“Where serious threats are made against academic freedom, we will not hesitate to stand up on behalf of our community,” she said.

Till’s findings were published in the JAMA Pediatrics journal. At the time, the journal defended its decision to publish the paper, noting that the decision was “not easy.”

“Publishing it serves as testament to the fact that JAMA Pediatrics is committed to disseminating the best science based entirely on the rigor of the methods and the soundness of the hypotheses tested, regardless of how contentious the results may be,” read a statement issued alongside the publication.

Despite being endorsed by major public health bodies around the world, including the World Health Organization and the U.S. Centers for Disease Control and Prevention, which considers water fluoridation one of the top 10 public health achievements of the 20th century, some communities have resisted adding the mineral to their water supply out of concern that it is potentially toxic.

At the time of the study’s publishing, Till stressed to CTV News that she is not calling for an end to fluoridation, but is suggesting pregnant women cut their fluoride intake.

While Till has acknowledged that the study results may be controversial, the U.S. National Toxicology Program is currently conducting a systematic review to evaluate potential neurobehavioral effects from exposure to fluoride during development.

However, a report from Canadian Agency for Drugs and Technologies in Health issued in October last year said the conclusions in Till’s study were “not supported by the data.”

The report found “multiple weaknesses” in the findings, including a potentially wrong estimate of the mothers’ fluoride exposure and said factors that weren’t considered, such as parental IQ and post-borth diet, may have skewed the results.