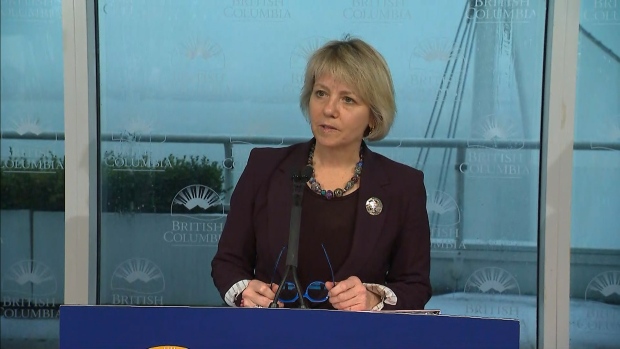 VANCOUVER — A second presumptive case of coronavirus has been identified in B.C., health officials announced Tuesday.

Provincial health officer Dr. Bonnie Henry said the latest patient is a woman in her 50s who has family members visiting from Wuhan, the Chinese city at the centre of the outbreak. She became ill a few days ago.

Henry said the relatives, who remain in B.C., left China before the country imposed travel restrictions in an effort to contain the virus’s spread, but that “they were also very conscious of the outbreak and were minimizing their contact with people outside the home.”

The local health authority is already in the process of tracing the family’s recent contacts so they can monitor for additional infections.

Henry said a local test for the novel coronavirus at the B.C. Centre for Disease Control came back positive on Monday night, but that the case won’t be officially confirmed until the results are replicated at the National Microbiology Lab.

“Samples have been sent there and I fully expect they will come back positive as well,” she added.

B.C.’s first coronavirus patient was identified last week as a man in his 40s who recently returned from a trip to China that included time in Wuhan.

Officials don’t believe he was contagious during his flight home and said he only had close contact with a few people once he arrived back in B.C.

Both of the patients live in the Vancouver Coastal Health region, which includes Vancouver, Richmond and the North Shore.

On Jan. 30, the World Health Organization declared coronavirus a global health emergency. More than 20,000 cases of coronavirus have been confirmed worldwide and it has led to over 400 deaths.