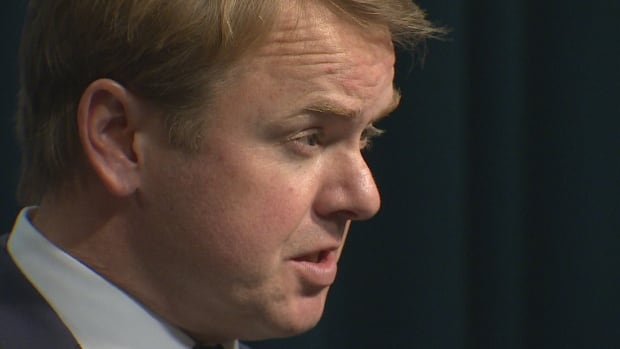 Alberta Health Minister Tyler Shandro has directed the College of Physicians and Surgeons of Alberta to change its standards of practice for physicians by July 20 in an attempt to stop the province’s doctors from leaving their practices en masse due to an ongoing dispute over pay.

“The standards do not go far enough to protect patients, particularly in rural or smaller communities,” Shandro said in a bluntly worded June 18 letter, released at a CPSA meeting Wednesday.

“Patients in these communities should not have to face an entire group of physicians withdrawing services.”

In the letter, Shandro tells the CPSA to change the standards of practice to “prohibit an entire group of physicians from withdrawing at the same time. This could be identified as ‘job action’ rather than a closure of a medical practice.”

Doctors should be required to give three months’ notice before leaving a practice, the letter states.

Shandro directs the CPSA to ensure doctors “take steps to mitigate the impact of withdrawal of services, including making all reasonable efforts to ensure that other physicians are available to address patient needs.”

The college must “require physicians to provide effective alternative resources and/or arrangements for patients if they choose to withdraw services,” the letter says.

If the alternative arrangements are insufficient and create undue risk of harm to patients, “the college can require that some physicians involved in the withdrawal of services must continue to provide services until effective alternative resources and/or arrangements have been created,” Shandro’s letter says.

Escalation in dispute with AMA

The letter marks a dramatic escalation in the months-long dispute over pay between the Alberta Medical Association, which represents the province’s doctors, and Shandro, who is imposing what the AMA says are significant funding cuts, especially to doctors in rural areas.

In February, Shandro unilaterally ended the Alberta government’s master agreement with the AMA and imposed a new funding framework.

The AMA filed a lawsuit against the government in April, alleging Shandro’s actions breached their charter rights. The province filed a statement of defence this week denying doctors’ charter rights had been breached and accusing the doctors of “job action” for either withdrawing, or threatening to withdraw, their services.

Last week, the AMA released a survey that suggested 42 per cent of the 1,740 doctors who responded are planning to leave the province.

Another 87 per cent said they would alter their practices in response to the pay changes. Nearly half said they would change or withdraw services they provide to hospitals and other AHS facilities.

Doctors in at least 10 communities, including Sundre, Pincher Creek and Lac La Biche, have already either withdrawn services or indicated they plan to leave.

Shandro responded to the AMA survey by threatening to publicly release the billings of individual physicians.

In the June 18 letter, Shandro tells the CPSA he expects the college to “fulfill its mandate to protect the public and for its standards of practice to facilitate this protection.”

Shandro informs the college that he will use his authority under the Health Professions Act to direct the CPSA to amend its “Closing or Leaving a Medical Practice and Job Action standards to better protect patients’ needs and to align with other jurisdictions.”

He then tells the CPSA it has until July 20 to provide him with “‘input’ as to the substance and form of my recommendations.”

At a special meeting of the CPSA on Wednesday however, the college decided to ask Shandro for an extension of at least 30 days. Under the Health Professions Act, the college is required to consult with the ministry and doctors before it changes practice standards.

College registrar Dr. Scott McLeod said there was no evidence that the current practice standards are putting the safety of patients at risk but he said it is always helpful to review the standards.

McLeod said the college was recommending a much broader consultation to ensure not only doctors, but also members of the public, have input.

In response to a question, McLeod explained that Shandro has the authority to impose standards on doctors if he is not happy with the standards the college produces.

Several doctors expressed concern about the effect the changes directed by Shandro would have on their ability to recruit other doctors or to sell their practices.

One doctor said he couldn’t think of another profession where you would be forced, or indentured, to stay in your job if you have a problem with your employer.

“I would have great concern about the reach of the minister,” the doctor said.