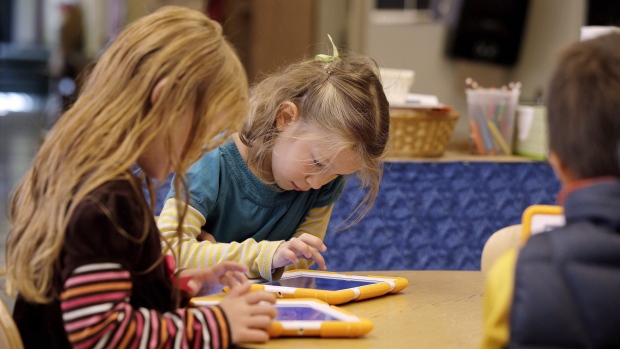 TORONTO — A sharp rise in the development of near-sightedness among children may be linked to the COVID-19 pandemic, according to a study out of Hong Kong.

The study, published online this week in the British Journal of Ophthamology, aimed to find out if behavioral and lifestyle changes as a result of the coronavirus pandemic had an effect on the eyesight of 1,793 children aged six to eight.

Of that group, researchers recruited 709 children at the start of the pandemic (December 2019 and January 2020) and studied them over an eight-month period. The other 1,084 children joined the study prior to the pandemic and had been monitored for about three years.

Of those from the COVID-19 group, about one in five (19.5 per cent) developed near-sightedness between January and August 2020, compared to one in three (37 per cent) of children from the other group over the three years. A previous study by the same group of researchers found only 13 per cent of children developed the condition over a one-year period prior to the pandemic.

The researchers implicated an increase in screen time and a decrease in time spent outdoors for the rise in near-sightedness.

Results from this study reflect those from another conducted in China published earlier this year, which also found about 20 per cent of children aged six had developed near-sightedness in 2020. Canadian optometrists have also reported increased requests for their services to examine young people, while a survey in British Columbia late last year noted an increase in concerns over eye health during the pandemic.

It should be noted, however, the study out of Hong Kong was an observational study, which cannot establish a cause, and it included questionnaire data, which relies on recall. The scope of the study was also restricted to children living in Hong Kong, one of the world’s most densely populated cities (approximately 6,750 people per square kilometre), where many residents live in high-rise buildings and small apartments with little outdoor space. Local restrictions in the wake of the COVID-19 pandemic may also have differed compared to other locations.

“Despite all these insurmountable study limitations, our initial results still show an alarming myopia progression that warrants appropriate remedial action,” the researchers wrote in the study.

Near-sightedness, technically referred to as myopia, is a condition that causes people to only be able to focus on objects that are near to them, while distant objects appear blurry. While it can be easily corrected with glasses, the authors of the study say those who develop myopia in childhood are at risk of developing complications that increase the risk of irreversible vision loss later in life.

The researchers added: “(These) results serve to warn eye care professionals, and also policy makers, educators and parents, that collective efforts are needed to prevent childhood myopia, a potential public health crisis as a result of COVID-19.”

More than 180 countries had closed schools and post-secondary institutions by September 2020, according to the study authors. Children have been particularly affected by the pandemic due to restrictions on socializing and outdoor activities.