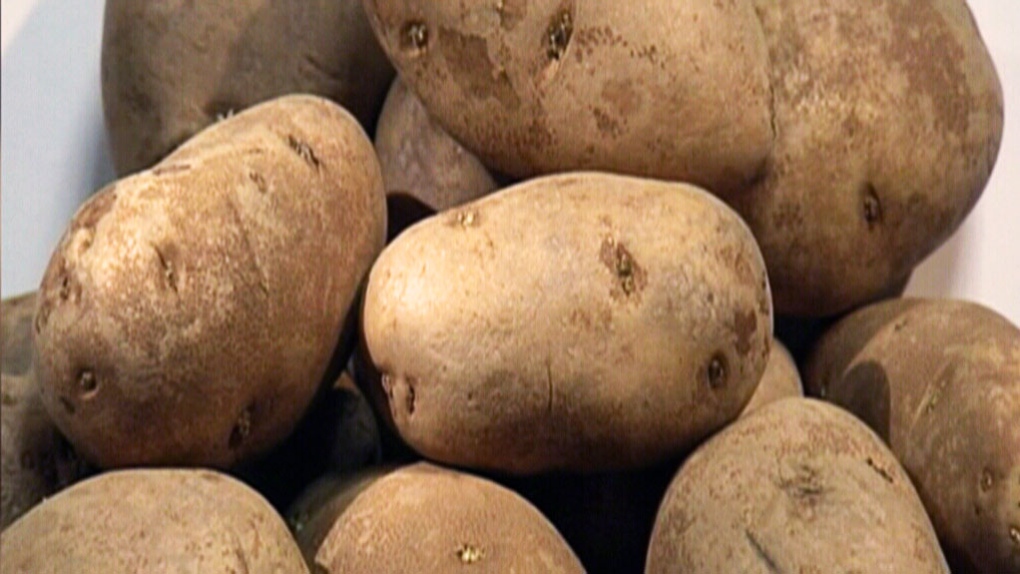 Following the recent discovery of a fungus growing on two potato farms in Prince Edward Island, the Canadian government said Monday it was suspending all shipments of fresh potatoes from the province to the United States.

Meanwhile, the province’s potato authority called the federal government’s order politically motivated and warned it would lead to the destruction of hundreds of millions of pounds of good potatoes.

“This is undoubtedly a tough day and my heart goes out to P.E.I. farmers, but we will roll up our sleeves and work together and show the U.S. and the world that P.E.I. fresh potatoes are very high quality and absolutely safe,” Bibeau said during a virtual news conference.

Known as potato wart, the fungal parasite spreads through the movement of infected potatoes, soil and farm equipment. It poses no threat to human health but can greatly decrease the yield of potato crops. In October, potato wart was found on two P.E.I. farms, which is in addition to detections of the fungus on 33 potato fields in the province since 2000.

David Bailey, acting chief plant health officer for the Canadian Food Inspection Agency, told reporters Monday that potato wart has been present on some continents for more than a century and can remain dormant in a field for up to 40 years.

Gord Henry, national manager of the federal agency’s potato section, said potatoes in two P.E.I. fields this year were heavily impacted by potato wart, even though the fungus had not been detected in prior years during regular inspections.

The Canadian Food Inspection Agency on Nov. 2 stopped shipping seed potatoes from P.E.I. to the U.S., and Monday’s order expanded export restrictions to include all fresh potatoes. The order doesn’t apply to processed potatoes such as frozen products like french fries.

The restrictions don’t prevent P.E.I. from shipping potatoes domestically or to countries other than the U.S., and Bibeau made it clear potatoes produced in other Canadian provinces are not impacted by the measures.

Prince Edward Island’s potato board issued a statement Monday saying it is shocked by the agency’s decision. The board says it represents 175 farms across the province that grow one-quarter of Canada’s potatoes.

“The United States market represents a value of $120 million annually to the Prince Edward Island potato industry,” the board wrote, adding that it has been preventing the spread of the fungus through a plan developed by the country’s food inspection agency.

“Since the discovery of potato wart in P.E.I. in 2000, there has not been a single incidence of potato wart in any markets, including the USA and the rest of Canada, attributable to Prince Edward Island potatoes,” the board wrote. “We have faith in this plan, and so should our government who developed it.”

The board said there is negligible risk of spreading potato wart from the export of fresh potatoes because trade rules require the potatoes to be washed and treated with a sprout inhibitor. It said the agency’s order is politically based, adding that if the decision isn’t reversed, it would lead to the destruction of hundreds of millions of pounds of high-quality fresh potatoes.

This report by The Canadian Press was first published Nov. 22, 2021.

— By Kevin Bissett in Fredericton.