VANCOUVER — In the four years since SisterSpace opened in Vancouver’s Downtown Eastside, there hasn’t been a fatal overdose at the small centre.

The site is dedicated to helping women by providing a place where they can inject illicit drugs in a clean, comfortable environment.

“It’s an overdose prevention site, a safe space to use and we watch out for the women at all times,” said program manager Gilliana Soto.

SisterSpace’s walls are covered in colourful artwork, and there is a large, communal table in the middle of the room. Women can use drugs there, or if they want more privacy, there are individual stations.

“We want them to feel at home here,” said Soto. “They are not going to be judged or put at risk here, whereas out on the streets they are.”

Up to 15 women can use the site at one time; however, with COVID-19, that number has dropped to seven.

While all women are welcome, including those who identify as transfeminine, 82 per cent of people using the site identify themselves as Indigenous.

“There is a higher group of First Nations women that access the space.”

Indigenous people in B.C. have been hard hit by the overdose crisis, which is being fuelled by toxic drugs like fentanyl.

New data from the province’s First Nations Health Authority shows a 119-per-cent increase in First Nations illicit overdose deaths since the start of the pandemic.

“The data underscores the immense toll that drug toxicity is having on the lives of Indigenous people and their communities,” said FNHA’s Acting Chief Medical Officer Dr. Shannon McDonald.

First Nations, Métis and Inuit people represent just over three per cent of B.C.’s population yet accounted for 15 per cent of toxic drug deaths last year.

As for Indigenous women, the Health Authority says they are overdosing at a much higher rate than other women in B.C.

At SisterSpace, the all-female staff is trained to reverse overdoses by using naloxone, which is an “opioid antagonist” used to counter the effects of drugs such as heroin, oxycodone and fentanyl. 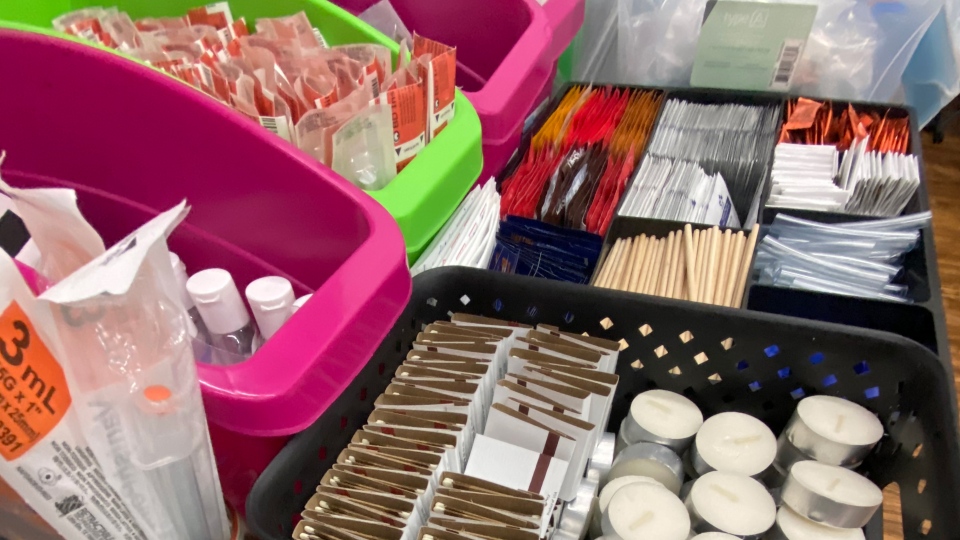 “We always have to keep checking on the women to make sure they are not overdosing,” said Robyn Wabash.

Wabash has been working as a peer support worker at the site since September. She’s also Ojibwe and has had struggles with substance use.

“I had a stepfather who is an alcoholic and from alcohol it turned to drugs,” she said “I also had my own struggles with substances when I was a lot younger.”

All of the staff share similar lived experiences with the women using the site and that ability to connect helps build trust.

“The same things I see here, you know I’ve been through it and experienced it,” says Wabash.” It helps me relate to the women and better help them.”

In addition to addiction, many of the women using the site have experienced trauma and violence.

Karynton Derkson has been working at SisterSpace for more than three years. Many of the women she has helped have been abused.

“A lot of the women have experienced terrible situations, a lot of them don’t even like to be touched,” she said. “So this is kind of like a safe house for them.”

Derkson also lived with an addiction for more than 20 years. While most women use inside the centre, she says some prefer to be outside.

For those, there is now a large resource tent set up not far from the centre, offering 24-hour-a-day service.

“At the tent women can use but they can also warm up, have a snack and be connected to other important services.” 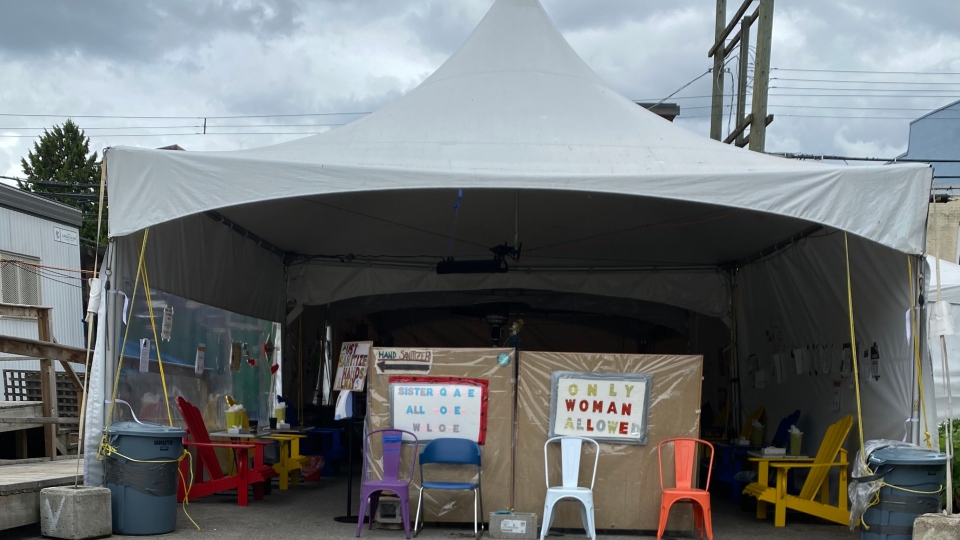 “Women often have different needs and we try to meet them where they are at,” said Gilliana Soto.

“While SisterSpace is one of a kind in Canada, we would love to see similar sites pop up right across the country.”