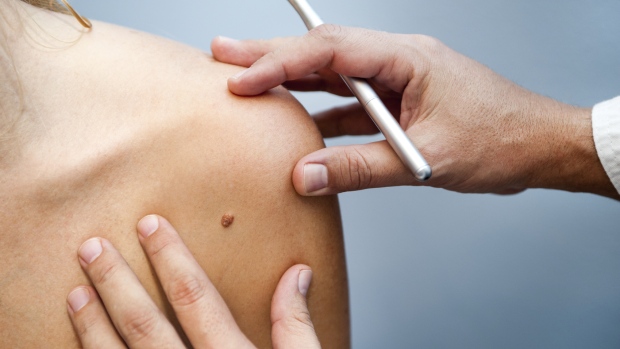 TORONTO — A Canadian study has found that certain blood-pressure medications are linked to a higher risk of skin cancer in seniors.

The study, published Monday in the Canadian Medical Association Journal, examined the administrative health data of 302,634 Ontarians aged 66 and older who had been prescribed blood pressure medications between 1998-2017. Researchers found that those prescribed thiazide diuretics were associated with higher risks of melanoma and keratinocyte carcinoma, or non-melanoma skin cancer.

Non-melanoma skin cancer, is the most common cancer diagnosis in Canada, although data on the cancer are not reliable as it can be easily treated by a doctor, according to the Canadian Cancer Society. According to the Melanoma Network of Canada, about 8,000 people were diagnosed with melanoma in 2020, while 1,300 died from the condition.

“In this population-based inception cohort study among older adults in Ontario, we found a significant increase in the rate of keratinocyte carcinoma and melanoma associated with increasing cumulative thiazide diuretic use,” the researchers wrote in the study.

“Exposure to other antihypertensive classes, which are not thought to be as phototoxic, either did not affect the rate of keratinocyte carcinoma and melanoma or had inconsistent or weak associations.”

Thiazide diuretics are blood-pressure medications that promote urine flow through the kidneys, which reduces how hard the heart works to pump blood and lowers blood pressure.

The researchers note that given the results of the study, doctors may want to consider prescribing another form of blood pressure medication in patients who are already at a high risk of skin cancer.

In 2019, Health Canada issued a safety review of Hydrochlorothiazide, a thiazide diuretic, that found the drug can make the skin more sensitive to ultraviolet radiation. It also found that patients taking the drug for more than three years could have four times the risk of developing non-melanoma skin cancer.

The European Medicines Agency and the U.S. Food and Drug Administration have also issued similar warnings about prolonged use of the drug.

The study’s authors added that more research is needed to determine how where a patient lives may play a role in the matter and whether further safety warnings on these medications are warranted.

With a file from The Canadian Press