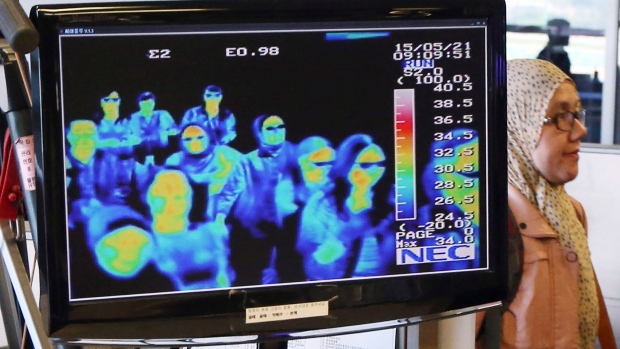 SEOUL, KOREA, REPUBLIC OF — South Korea has put a 36-year-old Chinese woman under isolated treatment amid concerns that she brought back a form of viral pneumonia that has sickened dozens in mainland China and Hong Kong in recent weeks.

The Korea Centers of Disease Control and Prevention said Wednesday that the woman, who was diagnosed with pneumonia on Tuesday following two business trips to China last month, represented the country’s first possible case of the respiratory illness whose cause remains unknown.

The unidentified woman, who works for a South Korean company near capital Seoul, has experienced cough and fever since returning from a five-day trip to the Chinese city of Xiamen on Dec. 30, the KCDC said in a press release.

She had also visited Wuhan, the mainland Chinese city where the outbreak originated, for five days in mid-December. She told South Korean doctors she made no contact with animals while she was there and didn’t visit a seafood market in Wuhan’s suburbs where most of the cases have been traced to.

The KCDC said the woman was in relatively good condition and undergoing tests at a hospital south of Seoul to confirm whether she has the same illness as the Wuhan patients. South Korean officials have tightened monitoring of people entering from China and advised travellers to avoid contact with animals and take extra care in personal hygiene.

The disease — an unidentified form of viral pneumonia — has sent 59 people to the hospital in Wuhan in central Hubei province. As of Sunday, seven were in critical condition, while the rest were stable.

In Hong Kong, a total of 15 patients were being treated Sunday for symptoms including fever and respiratory infection after recent visits to Wuhan. It is not clear whether they have the same illness as the Wuhan patients.