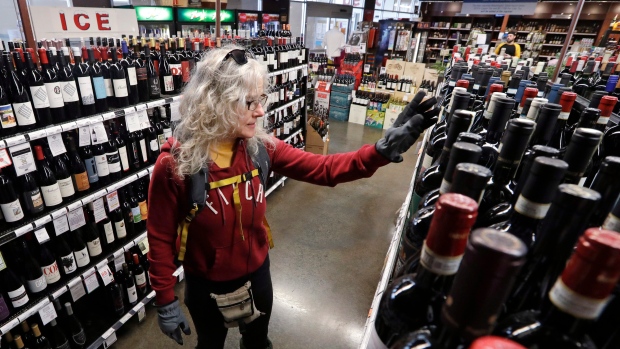 TORONTO — The World Health Organization (WHO) is urging everyone to minimize alcohol use and avoid drunkenness during the COVID-19 pandemic.

In a statement posted to the website of the European branch of the WHO on Tuesday, the organization warned governments that existing restrictions on the availability of alcoholic beverages “should be upheld and even reinforced” in countries that have enacted lockdown-like measures.

“During the COVID-19 pandemic, we should really ask ourselves what risks we are taking in leaving people under lockdown in their homes with a substance that is harmful both in terms of their health and the effects of their behaviour on others, including violence,” Carina Ferreira-Borges, manager of the WHO Europe’s alcohol and illicit drugs program, said in the statement.

Additionally, the WHO warned that “people should minimize their alcohol consumption at any time, and particularly during the COVID-19 pandemic,” and avoid drinking to the point of intoxication altogether, citing alcohol’s ability to harm physical and mental health.

“Stay sober so that you can remain vigilant, act quickly and make decisions with a clear head, for yourself and others in your family and community,” the organization said.

Alcohol-based sanitizers can disinfect skin against the novel coronavirus but there is no evidence that alcohol can harm the virus in any way, the WHO said. In fact, it can potentially worsen the outcome of anyone who contracts COVID-19, as it compromises the body’s immune system.

Although bars have been closed as part of restrictions meant to enforce physical distancing, every province in Canada has kept liquor stores open during the pandemic, meaning the retailers are considered essential services in jurisdictions that have shut down anything non-essential.

It appears Canadians are making good use of those open stores. Statistics Canada said last week that 14 per cent of Canadians it surveyed reported consuming more alcohol than they had been pre-pandemic, while 10 per cent said they were drinking less. More recently, a Nanos Research poll received reports of increased alcohol consumption from 25 per cent of Canadians between the ages of 35 and 54, and 21 per cent of those aged 18 to 34.

Lack of a consistent schedule was cited in the Nanos poll as the most common reason for increased drinking, followed by boredom and stress. The WHO says alcohol “is not in fact a good coping mechanism, as it is known to increase the symptoms of panic and anxiety disorders, depression and other mental disorders, and the risk of family and domestic violence.”

According to the 2019 edition of the Global Drug Survey, Canadians reported more bouts of drunkenness than anyone else in the world except for Brits and Americans.

Thailand has already banned the sale of alcohol as a temporary measure, citing the long lines that sprung up at liquor stores after bars were shut down. A similar phenomenon has taken place in Canada, with many pictures on social media showing long lines outside alcohol retailers.

Australia has not banned booze sales, but has set a limit of 12 bottles of wine and two cases of beer per customer per day.