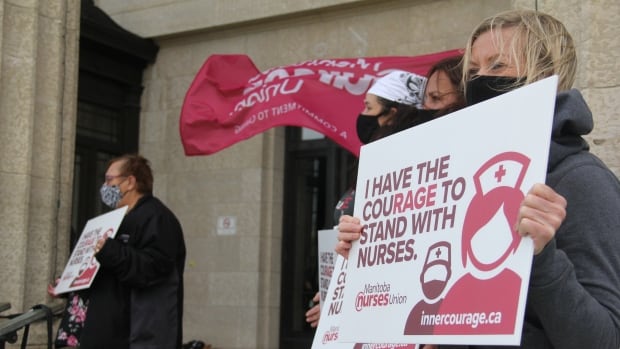 The number of vacant nursing positions in Winnipeg has exceeded 1,300 for eight months and counting.

The years-long nursing shortage has gotten worse as the pandemic has dragged on, barring some monthly fluctuations, according to new statistics made available after the issue become political fodder at the Manitoba Legislature on Thursday.

As of October, the Winnipeg Regional Health Authority was short 1,331 nurses, a vacancy rate of 17.3 per cent.

That’s nearly 150 fewer nurses than the number employed a year ago at this time.

“Individuals are looking at other opportunities, but what we are saying to them is stick with us — we are going to all get through this together,” she told reporters.

She cited the 115 nursing graduates who recently received their diplomas from the University of Manitoba and the more than 1,200 internationally trained nurses who’ve applied for licensing in the province.

The NDP raised the nursing shortage during question period Thursday after obtaining vacancy numbers, dating back to June, through a freedom of information request.

“While many units have experienced fluctuations in staffing over the course of the pandemic, ensuring our ability to maintain ongoing access to care for all Manitobans, whether for COVID patients or those needing care for something else entirely, has remained a priority,” the WRHA said in a statement, adding it’s focused on recruiting, training new staff and asking existing workers to take on more demanding roles.

A third of positions empty

As of October, Grace Hospital is reporting a 34 per cent vacancy rate in critical care and 37 per cent in the emergency department.

“Patients just can’t get the care that they need when there aren’t the front-line nurses there to provide it,” Kinew said, “and we’ve all seen the impacts of that time and time again through the pandemic.”

In response, deputy premier Kelvin Goertzen said every province in Canada has been dealing with nursing shortages, and Manitoba is devoted to shoring up staffing.