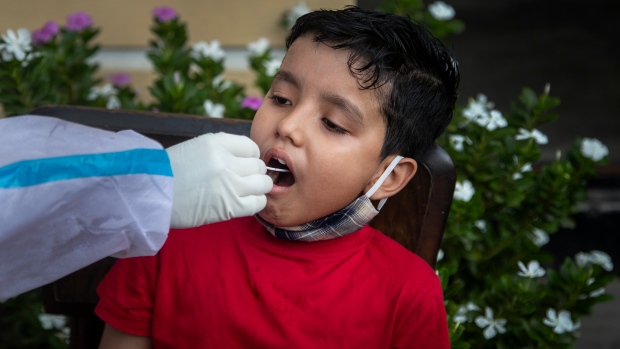 LONDON — As many as one in seven children may have symptoms linked to the coronavirus months after testing positive for COVID-19, the authors of an English study on long COVID-19 in adolescents said on Wednesday.

Children rarely become severely ill with COVID-19 but they can suffer lingering symptoms, and the study is one of the largest of its kind on how common so-called long COVID-19 is in the age group.

The study, led by University College London and Public Health England, found that 11- to 17-year-olds who tested positive for the virus were twice as likely to report three or more symptoms 15 weeks later than those who had tested negative.

Among those who tested positive, 14% reported three or more symptoms such as unusual tiredness or headaches 15 weeks later, compared with 7% reporting symptoms by that time among the control group.

The researchers said that while the findings suggested as many as 32,000 teenagers might have had multiple symptoms linked to COVID-19 after 15 weeks, the prevalence of long COVID in the age group was lower than some had feared last year.

The findings were a pre-print which had not been peer-reviewed. The authors said that any decision to extend vaccination to 12- to 15-year-olds in Britain was unlikely to be based on this study as there was not enough data on whether vaccination protects against long COVID-19.

“We are getting increasing evidence on the safety of the vaccine in the 12- to 15-year-olds and that’s more likely to be taken into consideration,” Liz Whittaker, a pediatrician at Imperial College London, told reporters.