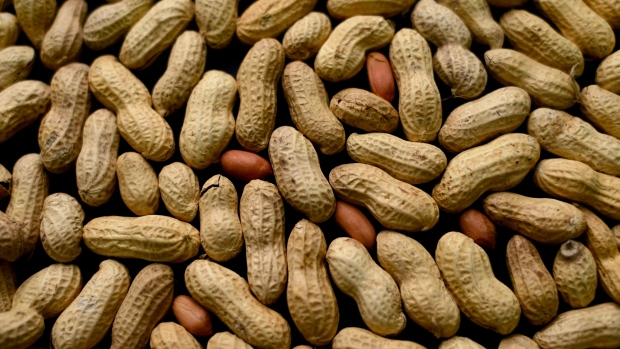 TORONTO — A new study from researchers at McGill University is looking into the link between holidays and nut allergies in children.

Researchers evaluated the average daily cases of nut anaphylaxis in children during six holidays and compared them to all the other days of the year. Their findings were published today in the Canadian Medical Association Journal.

The study found that bouts of anaphylaxis brought on by peanut allergies increased by 85 per cent on Halloween and 60 per cent on Easter, compared to the rest of the year. Cases of child anaphylaxis from unknown nuts accounted for a 70-per-cent increase around the same period. However, the researchers did not find the same pattern when it comes to other holidays.

“We didn’t see an increase in anaphylaxis at Christmas, Diwali, Chinese New Year, or Eid al-Adha,” lead researcher Dr. Moshe Ben-Shoshan said in a press release. “This may be due to the fact that on Halloween and Easter, children often receive candies from people who may be unaware of those children’s allergies. Christmas and other holidays may involve more intimate celebrations with family members and close friends who are more vigilant regarding allergen exposure.”

For the study, researchers analyzed data from more than 1,300 patients who visited pediatric emergency departments in four Canadian provinces between 2011 and 2020: Quebec, Ontario, Newfoundland and Labrador, and British Columbia.

“Identifying those times of the year associated with an increased risk of anaphylaxis can help to intensify vigilance around food allergies and inform the timing of public awareness campaigns to prevent allergic reactions,” Ben-Shoshan said.

Peanut allergies are one of the most common food allergies, and are considered a priority food allergen by Health Canada. Ben-Shoshan suggests lax food labelling regulations may also be a factor regarding the increase in cases. When sold individually, prepackaged “one-bite” snacks and candies are exempt from food labelling regulations that require common allergens to be listed on the label.

“At Halloween, one-bite treats are often packaged together in a larger bag, and although the outer bag must label ingredients and allergens, most people empty the candies into a bowl and hand them out individually, so there’s no allergen information there,” Dr. Ben-Shoshan notes.

Researchers also found that the holiday period particularly affected older children. “The incidence of anaphylaxis was higher during Halloween and Easter for children six years of age and older, compared to younger children,” says co-researcher Mélanie Leung. “We suspect this is likely due to decreased parental supervision of older children.”

She added, “The big takeaway from this study is that educational tools are needed to increase vigilance toward children who have food allergies and that new strategies and awareness campaigns are needed to highlight the risk of anaphylaxis during holiday periods.”