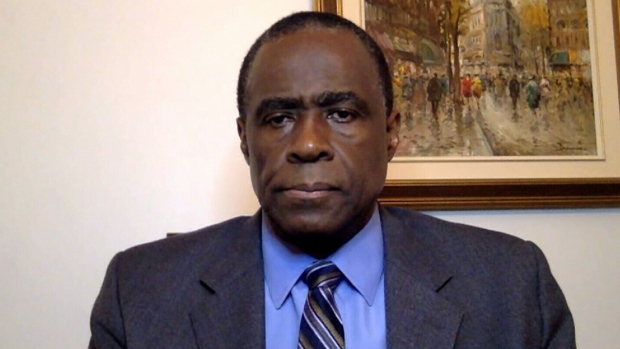 TORONTO — A team of top Canadian researchers is launching a large-scale antibody test in hopes of better understanding how COVID-19 affects Black people, a group that in other countries has disproportionately suffered dire consequences of the novel coronavirus.

Researchers will collect blood samples from 2,000 Black Canadians and test for the prevalence of antibodies, which are created naturally when the body is exposed to the coronavirus.

Studies show that people with COVID-19 antibodies are offered at least some immunity from reinfection, and antibody testing will give researchers an idea of what level of potential protection the Black community may have ahead of an anticipated second wave.

Dr. Upton Allen from Toronto’s Sick Kids Hospital, who is leading the study, said there is already evidence indicating that structural inequities in Canada may be linked to increased risk of COVID-19 among Black Canadians.

“Ultimately what one wants to do is have more (granular) information relating to why people get infected. So for example, are people being infected because of the types of work they do? The living conditions? Existing medical situations?” Allen, a senior associate scientist in the child health evaluative sciences program at Sick Kids, told CTV News Channel in an interview on Tuesday.

Public data from the United States shows that deaths among minorities have risen far more than they have among whites this year. People of colour make up about 40 per cent of the U.S. population, but accounted for 52 per cent of all the “excess deaths” above normal through July, according to an analysis of CDC data by The Associated Press and The Marshall Project. Black, Hispanic and Native Americans were most likely to be hospitalized or die.

A study conducted by the University of Oxford found that Black people in the United Kingdom were about twice as likely to die of COVID-19 compared to white people. Researchers concluded that pre-existing medical conditions alone were not enough to explain the trend, and that the over-representation was likely due to social factors, such as a higher likelihood among Black people to work front-line jobs and live in homes with higher household density.

The Canadian study, which will focus on Ontario and recruit participants from the Greater Toronto Area, aims to collect raw data to offer new insights into how COVID-19 has affected Black Canadians. Researchers will also collect information on pre-existing conditions and socioeconomic data.

The study has been in the works for at least five months. Along with Black Canadians, the team will study a group of 1,000 other participants in specific postal codes for the sake of comparison.

Already, Allen said researchers have found a pattern: many participants, no matter their background, have expressed confusion about messaging around COVID-19. For example, some participants have asked whether they could be infected with COVID-19 through the process of being tested.

“That’s a question that we were surprised to find being asked, and that was not confined to any racial group at all. And so it was really an eye-opening moment for us,” Allen said.

Overall, Allen says the goal of the research is to determine just how much COVID-19 has penetrated the Black community.

“And not just the degree of infection within the community, but why,” he said.

Cases of COVID-19 are on the rise in Canada. On Monday, the country’s total case count reached the highest it’s been since late May.