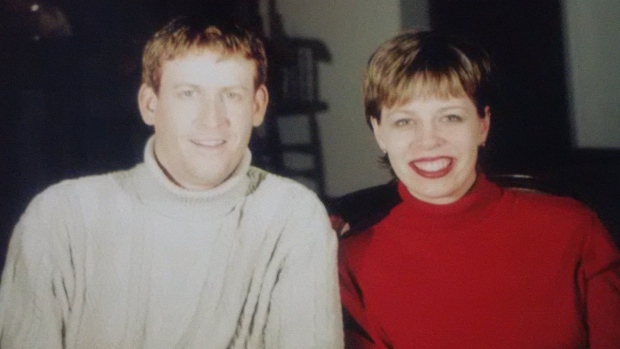 TORONTO — Sen. Denise Batters has spent the past decade trying to change the conversation about a topic she describes as the “final frontier of stigma.”

That topic is suicide and Batters has been personally invested in discussing it ever since her husband’s death by suicide in 2009.

“Too often suicide has become what people don’t want to talk about,” she told CTV’s Your Morning on Wednesday. “They don’t want to admit that it’s the unfortunate outcome in the worst-case scenario of mental health issues that are untreated or not properly treated so I want to bring more focus to that.”

Despite his depression and anxiety, Batters said her husband, Dave, was always a “happy, outgoing” person. He served as the MP for the Saskatchewan riding of Palliser from 2004 to 2008 before he announced he wouldn’t run again due to his mental health issues and his addiction to prescription medication.

He died by suicide the following year at the age of 39.

At his funeral, former Prime Minister Stephen Harper spoke of the need for greater understanding and compassion for those suffering from depression and anxiety.

“I think what Dave’s story really illustrates is that everybody has the risk of suffering from mental illness. It doesn’t matter how good of a job you have, how well off you are, even how outgoing you are,” Batters said.

Since her husband’s death, Batters said being honest about what happened was instrumental in helping her and her family work through their grief.

“Dave was honest when he announced he couldn’t run again because he was suffering with mental health issues and also overcoming a dependency on prescription medication so we thought we would also be honest about the fact that he had died by suicide,” she said.

Now, Batters hopes that sharing her story and discussing suicide will help others who are struggling in silence.

“What I want them to know is that there is help and people should reach out,” she said. “Hope is so key in all of this.”

Every year, approximately 4,000 Canadians die by suicide. In many cases, Batters said addiction also plays a role in their mental health issues.

“Very often people self-medicate with alcohol or drugs or other substances or even behaviours in order to try to overcome their mental health issues and if they’re not honest about those types of issues as well, people can’t treat the full scope of what they’re dealing with,” she explained.

In an effort to bring attention to the topic of suicide, Batters encouraged people to talk about mental health issues and to reach out to anyone who may be struggling.

“Let’s also reach out to someone that perhaps you haven’t heard from in a while who you perhaps might be concerned about, just ask someone you care about ‘Are you OK?’” she said.