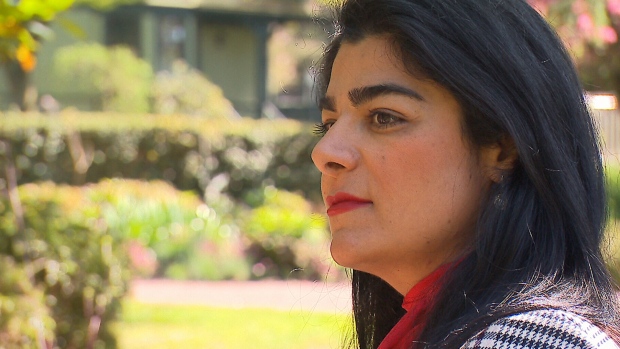 TORONTO — As hospitals and ICUs across the country continue to fill up with COVID-19 patients, many international medical graduates (IMGs) are unemployed or working in other fields as the licensing process to practice in Canada can take years.

Dr. Alireza Mohamadjani is a foreign-trained doctor with more than 10 years experience working as a family physician and in emergency medicine in Iran.

Despite his experience and being eager to help on Canada’s front lines of the pandemic, Mohamadjani told CTV National News he cannot assist overwhelmed hospitals because he is not licensed.

“The system is at the edge, but we cannot help,” Mohamadjani said.

Mohamadjani is among many internationally-trained doctors desperate to help Canadian hospitals, but instead, have been left feeling ignored.

“It is very frustrating that you don’t have this permit to practice here because of so many things not related to your knowledge or qualifications,” Mohamadjani said.

Hundreds of doctors arrive in Canada annually, but it can take years for them to be fully licensed to practice here.

While Canada has been working to accelerate careers of foreign-trained doctors to meet growing COVID-19 patient numbers since the start of the pandemic, experts say it is not enough.

Ontario is offering short-term licenses, but the change has resulted in only 20 licenses being approved, according to medical colleges.

British Columbia also has a temporary licensing program for IMGs, however, it’s unclear how many foreign doctors have been employed since it was implemented.

Because they can’t get licensed, many IMGs in Canada are underemployed, and rather than working as doctors, they end up as taxi drivers, office managers or store clerks.

Dr. Honieh Barzegari is an internationally-trained general practitioner. Instead of helping fight COVID-19, she is currently employed at a digital health tech company.

“There are lots of international medical graduates suffering from not being able to serve the community,” Barzegari said in an interview with CTV National News.

With hospitals in need and current staff feeling overwhelmed, Barzegari said it would be an advantage to have more IMGs assisting on Canada’s front lines.

“If we could help this, it would be a win-win situation that everyone would benefit from,” Barzegari said.

For IMGs to practice in Canada, they must pass several tests costing thousands of dollars, as well as complete a residency.

However, Vahid Nilforushan an advocate for foreign doctors, told CTV National News that IMGs are “prohibited from competing for about 90 per cent” of those entry-level medical jobs.

Nilforushan said he had 13 years of experience in anesthesia and critical care at a top level in Iran before immigrating to Canada. He has worked in supervised settings in Vancouver for three years, but still can’t get to work as a doctor.

“The medical establishment asks us to go through different exams and assessment and barriers. We pass the exams and prove our competence to show our knowledge and skills, meet or exceed the Canadian standards, but unfortunately we are still denied access to practising opportunities,” Nilforushan explained.

According to data from the Canadian Residency Matching System, only 418 of 1,435 IMGs received residency placements last year. That left over 1,000 unmatched.

He says provinces need to look at providing more funding for additional residencies to combat this.

“We have a large cadre of human beings who are fully trained doctors, fully capable of becoming contributing members of our community as doctors, but they need to have a residency to show the licensing bodies that they can do the job,” Blatherwick said.

With health-care workers exhausted by the pandemic, Blatherwick says foreign doctor certification must be further fast-tracked.

“They’re good doctors,” Blatherwick said. “We’re wasting a huge asset that is in our community already.”