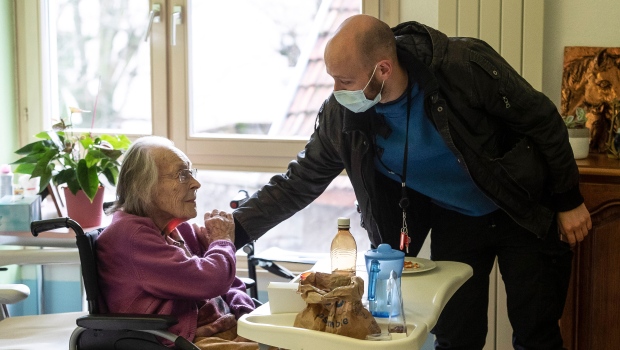 TORONTO — Toronto emergency room physician Dr. Jacques Lee got a glimpse in the early days of the pandemic at the different ways COVID-19 impacted the lives of older hospital patients.

“I had a patient from a long-term care home who had recovered from COVID-19, but people were terrified of him, and he’d really had no human contact in six weeks,” Lee told CTV’s Your Morning on Thursday. “It really was a terribly distressing thing to see because I don’t know how to write a prescription for that.”

Lee, who is Sinai Health’s research chair in geriatric emergency medicine in Toronto, figured his patient wouldn’t be the only person to go through this experience. The incident spurred him into action.

Later this month, Lee will be launching a program in which trained volunteers will follow up and stay in touch with older patients experiencing social isolation and loneliness after they visit the hospital.

These volunteers will engage in weekly half-hour conversations by phone or video with patients over a period of 12 weeks. The idea is to interact with patients while motivating them to engage in more social activity “and have that non-judgmental peer to support them,” Lee said.

The program will match patients with volunteers in the same age group.

“You want to have somebody who understands what you’re going through,” Lee said.

The program will be tested on 150 patients recruited from Mount Sinai Hospital and North York General Hospital over the course of a year.

Lee also mentioned the program is seeking more volunteer peers who are aged 60-plus and have access to a phone and tablet.

The program is similar to one in Australia that began in 2016. The Australian program, named HOspitals and patients WoRking in Unity (HOW RU?), involved weekly social phone calls between patients and volunteer peers for a period of three months.

A study of HOW RU? published in 2018 showed that 67 per cent of patients experienced a reduction in depressive symptoms and 53 per cent had reduced feelings of loneliness as a result of the program. The average age of participants was 84 years, and 82 per cent them lived alone.

Research has shown feelings of social isolation and loneliness have risen sharply during the COVID-19 pandemic, and that even something as simple as a phone call can ease symptoms of depression and anxiety. A study by the Angus Reid Institute showed the number of Canadians in 2020 who were aged 54 years or older and desired to see more people nearly doubled to 33 per cent from just 18 per cent in 2019.

While there are no official numbers, The Sinai Health Foundation has said that experts estimate as many as 45,000 Canadians die from loneliness every year.